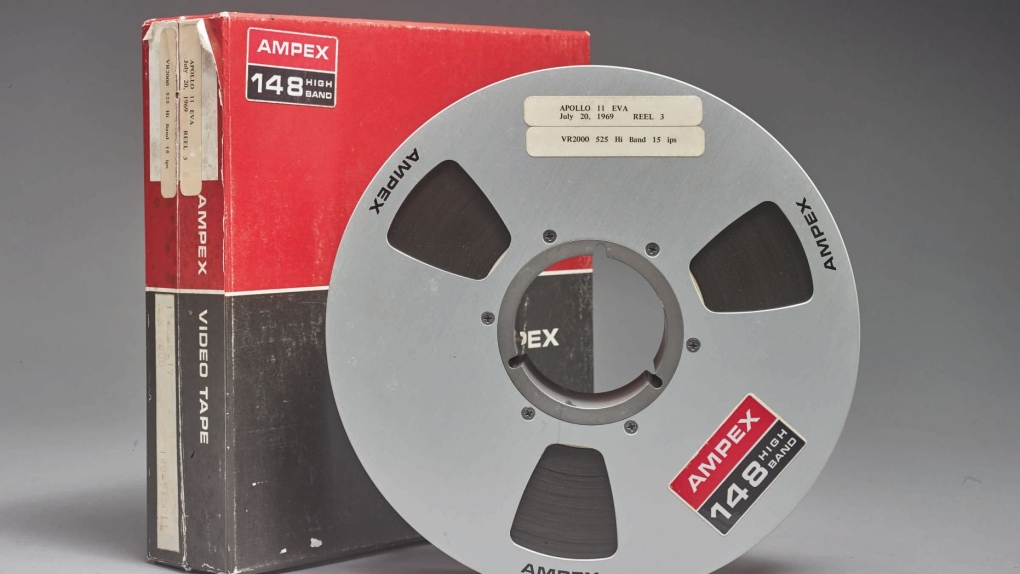 On July 20, the auction house Sotheby's will offer tapes that have been identified as the only surviving, original recordings of the Apollo 11 moon landing in 1969.

The three reels of 2-inch Quadruplex videotape, which have been viewed only three times since June 1976, display clearer images than those witnessed by the more than half a billion people watching the event on television around the world.

The tapes comprise two-and-a-half hours worth of footage, including Neil Armstrong's famous declaration "That's one small step for a man, one giant leap for mankind" and the planting of the American flag on the surface of the moon.

The video recordings are offered from the collection of Gary George, who was interning at the NASA Johnson Space Center in 1973. He purchased the lot for $217.77 from a US government surplus auction in 1976, with the intention of selling the used tapes to local TV stations.

George's father, who had an interest for NASA's space program, later noticed three boxes of reels labeled "APOLLO 11 EVA," advising him to hang onto them.

The tapes will headline a special auction, entitled "Space Exploration," held by Sotheby's on July 20 in New York. They are estimated to sell for between $1 million and $2 million.

Other highlights of the sale include NASA astronaut Roger Chaffee's helmet and glove cover, estimated between $125,000 and $150,000; and a collection of 20 original Apollo Firing Room Control Panels that notably launched the Saturn V rocket, estimated between $200,000 and $300,000.

Before hitting the auction block, the video recording will be exhibited at Sotheby's headquarters in New York starting on July 13.