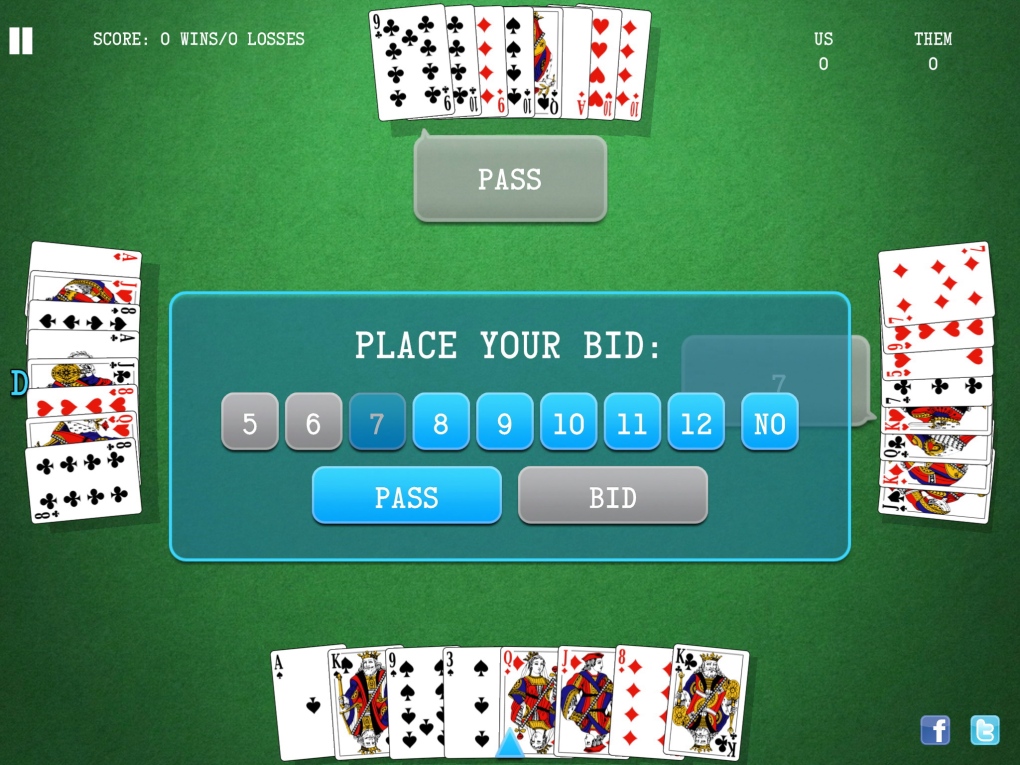 A screengrab from the Kaiser online card game is pictured. (iTunes)

A Saskatchewan programmer says it's cheaper for him to simply call his Kaiser card game app something else rather than fight a lawsuit over the name.

Tod Baudais began selling an app for Kaiser earlier this year, but another programmer in the province who said he owns the trademark took legal action.

Baudais vowed to fight, claiming the name Kaiser has been associated with the game in Saskatchewan for decades.

But he now says the challenge would cost thousands of dollars, so he's decided to call his app Troika instead.

In Quebec, the game is known as Joffre.

"Basically I was told by my lawyer that the full court process to invalidate the trademark would cost somewhere in the neighbourhood of $150,000. So far the app has made about $1500," Baudais, who lives in Thode, said in an email.

"It didn't really take too long to figure out that it wasn't going to be worth it to me to continue. I probably would have needed a second mortgage on my house and I couldn't drag my family through that."

Baudais said the trademark holder, K.C. Magic Data, has accepted his offer to change the name of the app and that the issue is now resolved.

Kevin Currie of K.C. Magic Data confirmed in an email that the lawsuit is over. Currie said that as part of the resolution, Baudais also agreed to update all prior downloads of the app to the new name.

The resolution requires that Baudais not use Kaiser in any business or products, said Currie, who lives in Saskatoon.

"I am very satisfied with the outcome as it was essentially the objective from the start," he wrote.

Kaiser is a trick-taking game played with a 32-card deck. If standard playing cards are used, the penalty card, or the "kaiser," is the three of spades. The bonus card is the five of hearts.

John McLeod, who runs the online card games website pagat.com based in England, said the game may have been born in Quebec in the late 19th century under the name Les Rois, which he says was also played with specially produced cards under the name Lost Heir.

During the First World War, the game was reinterpreted with the four suits representing England, France, Germany and Russia, McLeod says. The kaiser card was named for Kaiser Wilhelm II, while the five of hearts was called Joffre, for the French general Joseph Joffre.

Currie has been selling computer versions of Kaiser since the 1990s and currently operates an online version of the game. He originally licensed the rights to the name from Sylvester Gayowski of Prince Albert, Sask., who registered it in 1985 and sold decks of cards specifically meant for the game.

In April of this year, Currie obtained full rights to the trademark.

When the lawsuit was launched, many card players expressed surprise to learn the name of their favourite card game was trademarked.

Groups of players meet weekly at seniors' centres and Royal Canadian Legions across Saskatchewan for Kaiser matches, with some claiming they've been playing it since the 1950s.

Baudais had argued it was wrong for the name to have been trademarked in the first place, while Currie said he was obliged to defend something he had paid for that was legally his.

Baudais now writes the two sides have agreed to disagree and have moved on.

"I'd still like to thank everyone that has supported me over the past few months. It's really great hearing about all of the family stories and how this card game played a part in it," Baudais wrote.

Currie, meanwhile, said people can still play Kaiser just like they always have and always will.