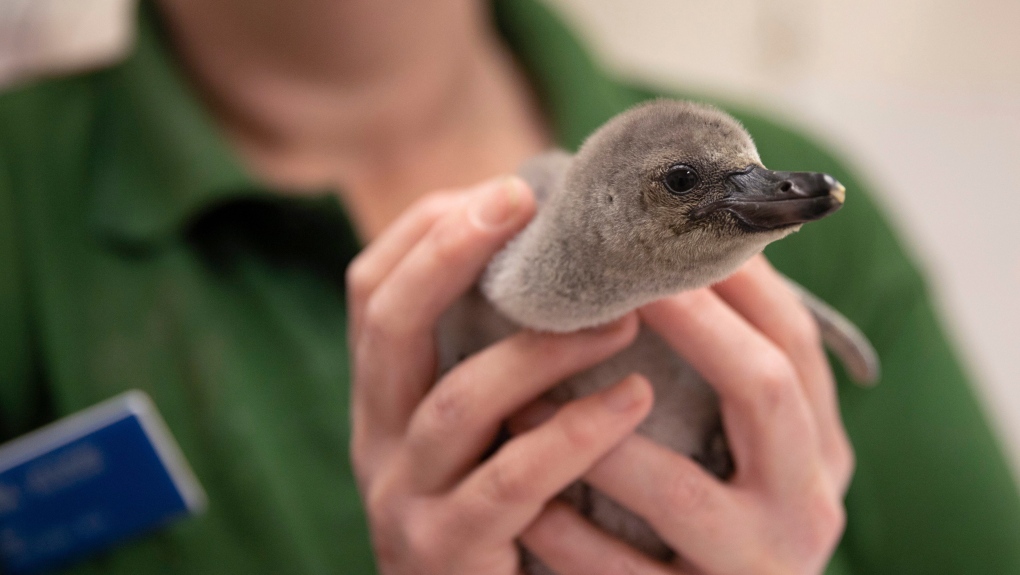 In this image made available Thursday July 19, 2018, London Zoo unveils a Humboldt penguin chick after they nursed it back to health after its parents accidentally stepped on its egg and broke it. (Zoological Society of London via AP)

London Zoo says a premature baby penguin has been nursed back to health after her parents accidentally stepped on her egg and broke it.

The zoo says keepers were astonished to find that the female Humboldt penguin chick, nicknamed Rainbow, was still alive inside the broken egg. They rushed the chick to the zoo's clinic, where vets transferred her to an incubation chamber.

The chick spent weeks cuddling with a soft toy penguin and was fed what the zoo called "penguin milkshake" -- blended fish, vitamins and minerals.

Penguin keeper Suzi Hyde said Thursday that the birds typically reject chicks when they accidentally step on their eggs.