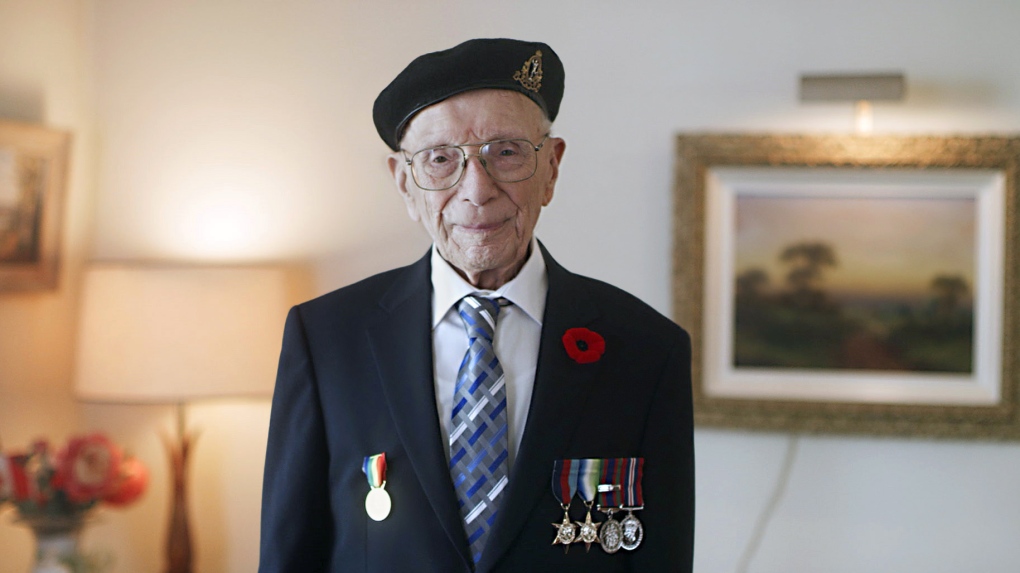 Private (Ret’d) Ardwell "Art" Eyres will be featured in a HomeEquity Bank TV ad to raise awareness about the Digital Poppy.

TORONTO -- Canadian "influencers" on live video streaming platform Twitch will call for an online moment of silence this Remembrance Day to honour fallen soldiers and veterans, as the Royal Canadian Legion continues its effort to raise awareness with younger Canadians.

Twitch is a platform geared toward gamers and the initiative is part of the Legion's Digital Poppy campaign, first introduced last year. It allows Canadians to make an online donation to the legion's Poppy Fund, dedicate a poppy to anyone who has served, and then share it on social media.

This year, the veterans' organization partnered with Chip Reverse Mortgage by HomeEquity Bank to help connect with more Canadians.

Many popular video games, such as Overwatch and Call of Duty, have military elements in the plotline, making Twitch an ideal platform for the Legion's message, organizers said, adding that this is an opportunity to connect to a segment of younger Canadians who may be less aware or appreciative of the significance and meaning behind the poppy and Remembrance Day.

"Getting the gaming community involved in the campaign and having this minute of silence on Nov. 11, where all the gamers are going to stop and hopefully make a donation to MyPoppy.ca -- I think it's incredibly innovative," Steve Ranson, CEO of HomeEquity Bank, told CTVNews.ca in a telephone interview. The plan aims to spotlight the "the real sacrifice people make when you're in the military or you're actually in a conflict zone," he said.

The digital campaign is not intended to replace the visual symbol of the traditional lapel poppies, which are handed out to millions of Canadians every year by legion members and volunteers in exchange for a donation to support veterans and their families. Rather, it's another way to ensure Canadian service members are not forgotten and to reach a new generation of Canadians who will remember their legacy.

Most people are online now, Ranson said, and this campaign "will reach them more directly than people standing on the street selling poppies."