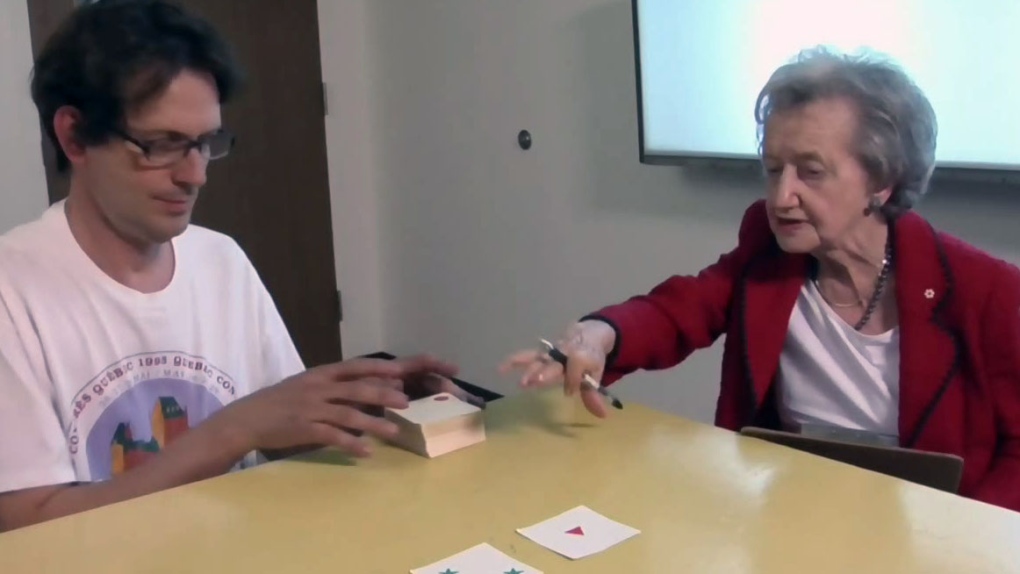 Dr. Brenda Milner, a pioneering neuropsychologist who turned 100 this year, has been honoured in Montreal.

A pioneering neuropsychologist who turned 100 this year has been honoured in Montreal.

“The compliments sont un peu exagérés!” Dr. Brenda Milner said from the stage at a recent research symposium held in her honour by the Montreal Neurological Institute & Hospital, a McGill University research and teaching institute that is better known as The Neuro. But to those in her field, such compliments are definitely not “a little exaggerated.”

Born in England in 1918, Milner moved to Montreal to study at McGill, where she earned her PhD in 1952. A trailblazer ever since, Milner broke gender barriers to help pioneer the field of neuropsychology, which is the study of how psychological processes such as memory relate to the structure and functions of the brain.

Milner’s work at The Neuro also led to a landmark discovery.

“Memory mechanisms and the study of the temporal lobes go hand in hand,” she once said.

In other words, Milner learned that memory is hardwired to a specific part of the brain; a significant key to understanding how the human mind works.

Milner has also been a respected mentor, attracting students from across the world to come and conduct research with her at The Neuro.

Dr. Gabriel Leonard, for example, has worked by Milner’s side for 44 years. He says the key to Milner’s many accomplishments is that she has never stopped asking, “Why?”

“I think it’s her undying interest in everything,” he explained to CTV News. “She’s always asking questions, you know.”

Milner has collected numerous accolades, from scientific prizes to the National Order of Quebec to the Order of Canada -- and all while continuing her research on memory.

“She’s got more energy than most young people,” Dr. Denise Klein said of her former mentor.

On Sept. 6 and 7, The Neuro marked Milner’s 100th birthday with a scientific symposium.

“It continues to be a wonderful adventure,” Milner told the crowd. “And I am enjoying every minute of it.”