'Pickling' explains how a fetus was preserved in the world's first known pregnant mummy, researchers say 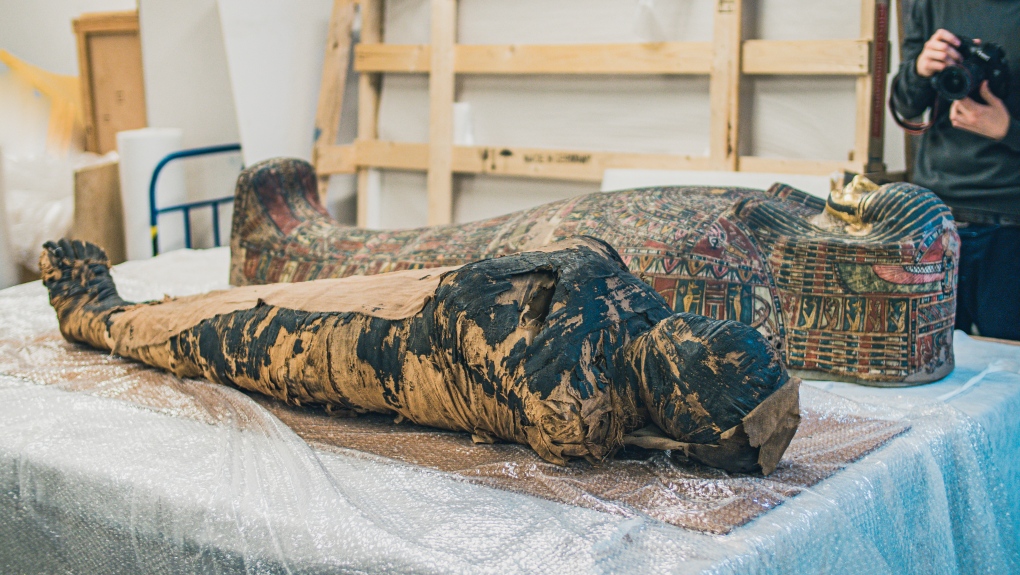 The mummified remains of a pregnant woman who died 2,000 years ago in Ancient Egypt is seen in this photo. (Warsaw Mummy Project)

New details are emerging about a discovery that stunned researchers last year, when they found a fetus preserved within a pregnant Egyptian mummy.

In a blog post earlier this month, updating what is believed to be the first known case of a pregnant mummy, Polish researchers said the fetus appeared to be "pickled."

The mummy was found in the ancient Egyptian city of Thebes and dates back to the first century. The mummified woman, whom the researchers call "The Mysterious Lady," was 20 to 30 years of age and between 26 and 30 weeks pregnant before she died.

Researchers say the pH level of blood declines substantially in corpses, included in the uterus, resulting in high concentrations of ammonia and formic acid. This, combined with the natron that was used as a preservative during the mummification process, creases a uterus that is "almost hermetically sealed," the researchers wrote.

The researchers liken the inside of the mummified uterus to a swamp, an environment that is known to preserve human remains quite well. Numerous ancient naturally-preserved mummies -- known as "bog bodies" -- have been discovered within swamps and wetlands across the world.

"In our case, we have two different mummies, because there were two different mummification processes," the researchers said. "The fetus was in an acidic, 'bog-like' environment that later dried-up during the embalming of the mother. During the mummification process, the deceased woman was covered with natron, a naturally occurring in Egypt sodium, in order to dry the body."

Because of the acidic environment, the fetus's bones were partially decomposed. Researchers liken it to how an eggshell will dissolve if placed in a pot filled with acid.

"The eggshell is dissolving, leaving only the inside of the egg (albumen and yolk) and the minerals from the eggshell dissolved in the acid," they explained.

Because of the lack of bones, the researchers note that fetuses in mummies aren't easily visible in X-ray images, meaning that there may be more mummies of pregnant women in other museum collections.

"The Mysterious Lady died together with the unborn child, and by examining her, we restore their memory. We remember that it was a long-lived person who had her dreams, probably loved ones and was loved. Now she reveals to us the secrets she took with her to the grave," the researchers wrote.

Russian President Vladimir Putin insisted Saturday that European nations halt sanctions on his country and weapons shipments to Ukraine, where Moscow claimed its forces had captured another eastern city as they fought to seize all of the contested Donbas region.