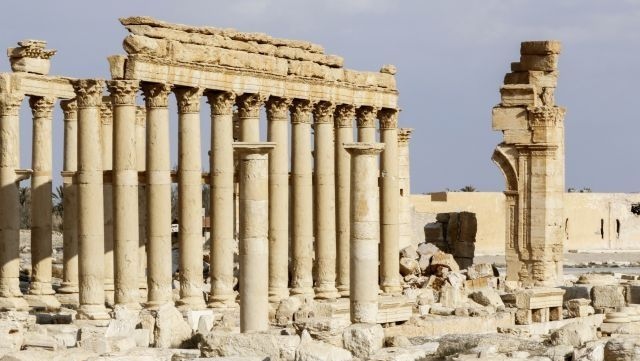 In the wake of the serious damage wrought by ISIS, digital reconstructions of the Greco-Roman architectural treasures of the cultural oasis and UNESCO world heritage site will go on show Paris at the Arab World Institute from October 10.

Located in Syria, northeast of Damascus, Palmyra was one of the most important cultural centers in the ancient world. It was mainly for this reason that it was listed as a UNESCO World Heritage site in 1980. Unfortunately the city's Greco-Roman ruins have largely been destroyed since then. But the Arab World Institute is hoping to revive the legendary city with a virtual reality tour, that will enable visitors to explore the oasis in the Syrian desert.

The Arab World Institute has joined forces with Ubisoft, the famous video games publisher, and Iconem, a start-up specialized in the digitization of cultural heritage, to create a virtual 3D reconstruction of the archaeological site. The Institute insists that visitors will have the impression that they really are in Palmyra when they put on the virtual reality headsets that enable them to view the show. The immersive visit will be complemented by the screening of films, notably to present the current state of the ruins.

Palmyra will not be the sole focus of the exhibition, which also features three other virtual reality destinations. Visitors will have an opportunity to see cultural monuments in Aleppo, and to stroll the streets of the Old City of Mosul, in Iraq, and Leptis Magna, in Libya. Listed as a UNESCO World Heritage site, the ancient Roman city of Leptis Magna is the only destination in the show that has not been recently vandalized.