One-third of children under one are tablet, smartphone users 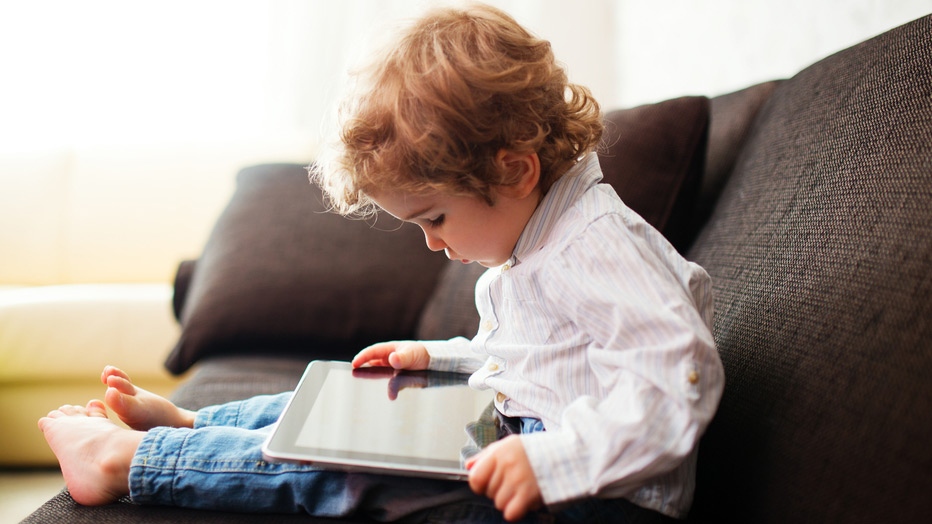 Nearly 40 per cent of 4-year-olds use mobile devices for an hour a day. (Kostenko Maxim / shutterstock.com)

A new study presented at the 2015 U.S. Pediatric Academic Societies Annual Meeting shows that more than one in three children are getting their first hands-on experience of smartphones and tablets before they've reached their first birthday.

Researchers from the Einstein Medical Center Philadelphia asked a sample of 370 parents a series of questions relating to their children's initial experiences of different devices. Just 15 per cent of under-ones had already used a smartphone or tablet app, and 12 per cent had played a video game, but 36 per cent had touched or scrolled a device display and 24 per cent had already called someone.

As well as trying to establish the point at which children are getting their first taste of digital life, the study also aimed to understand how parents are integrating these devices into their children's lives -- how are they being used and for which reasons?

The findings, which come from the responses of parents that attended a hospital-based pediatric clinic appointment between October and November 2014, show that smartphones and tablets are proving to be important pacifiers and distraction tools -- 65 per cent of respondents say that they employ the devices as a means of calming their children down.

Nearly three quarters (73 per cent) said that they let their kids play with smartphones or tablets while they get on with household chores and, perhaps of concern, 29 per cent say they use them to help get their child to fall asleep.

By age one, 14 per cent of children are already using these devices for an hour a day; this goes up to 26 per cent by the age of two and to 38 per cent by age four. Only 30 per cent of parents said that they had discussed their children's media consumption with a pediatrician.

One of the major motivating factors behind the study is the fact that smartphone and tablet ownership have simply exploded in recent years. They're being adopted at a faster rate than any other consumer electronics device in recent history.

In the U.S., where the research was conducted, the latest statistics from the Pew Research Center, covering the period up to October 2014, show that 90 per cent of U.S. adults have some type of mobile phone, 64 per cent specifically have a smartphone (in the spring of 2011 this figure stood at just 35 per cent) and 42 per cent own a tablet.

As such there is a concern that their popularity is growing faster than our understanding in terms of potential ill effects, especially for younger users in terms of health, well-being and social development.

However, the ill-effects of too much television are already well documented and despite a growing number of parents reaching for a mobile screen the TV is still the go-to device. Over half of children (52 per cent) have already watched the television before their first birthday and only 1 per cent of children hadn't watched a TV show before turning four.