Northern lights extend down to Britain, Germany in rare display 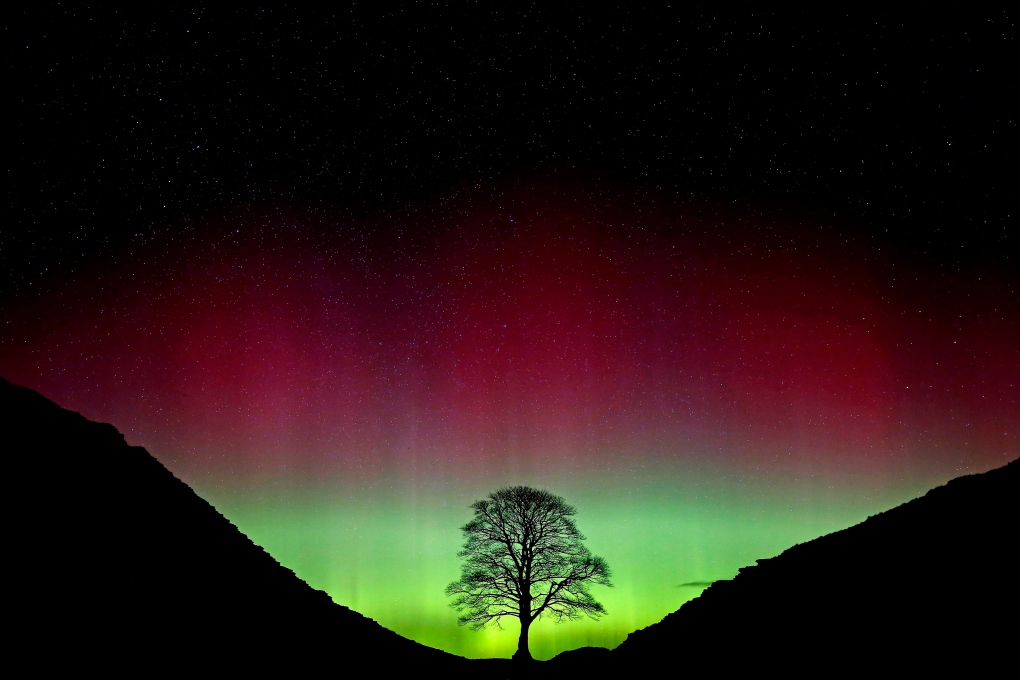 BERLIN -- Parts of Britain and Germany have been treated to a display of the northern lights, a colorful phenomenon that is usually only seen further north.

The aurora borealis painted skies green, purple and blue late Sunday and early Monday as far south as the southern English county of Oxfordshire, as well as in some northeastern regions of Germany.

An aurora appears when a magnetic solar wind slams into the Earth's magnetic field, exciting electrons of oxygen and nitrogen.

Amanda Townsend, a space weather adviser for Britain's Met Office, said that "once in a while the solar winds are enhanced to levels stronger than normal, with particles at higher speeds." She added that "on this occasion it has connected really well with the Earth's magnetic field."