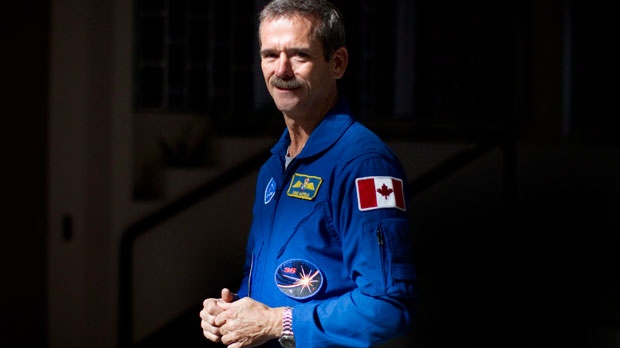 REGINA -- A Saskatchewan scientist has named a new species of bee after Canadian astronaut Chris Hadfield.

Cory Sheffield says he came across a unique looking female bee while cataloguing insect specimens in a collection with the Royal Saskatchewan Museum in Regina.

The museum's curator of invertebrate zoology says that after examining the specimen for a second time, he determined it to be a new species of bee.

Sheffield writes about the discovery and his decision to name it after Hadfield in an paper published in Journal of Hymenoptera Research.

He says he greatly respects Hadfield, who has also become a renowned speaker and science educator.