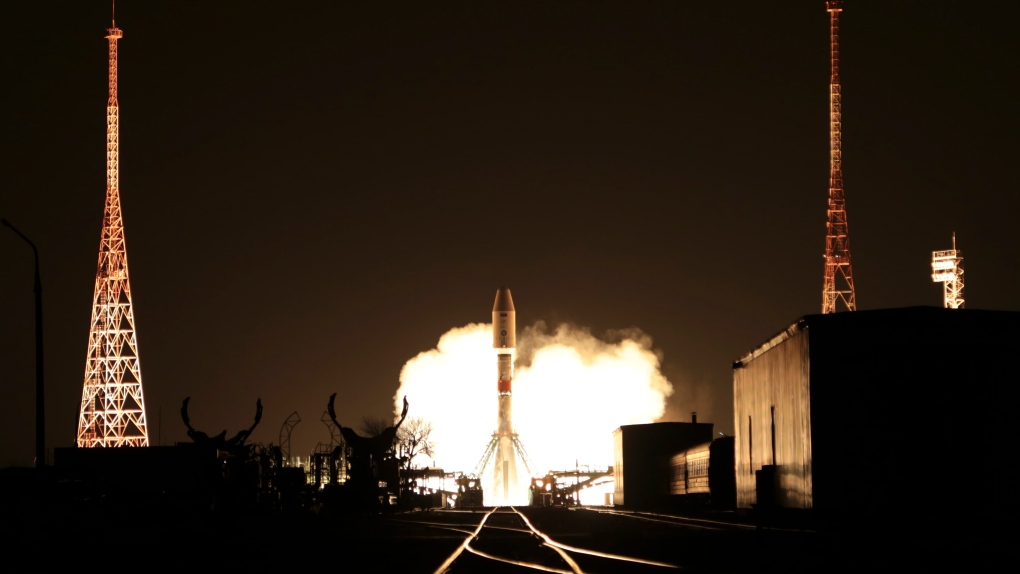 MOSCOW -- A Russian rocket blasted off successfully on Wednesday to deliver a new docking module to the International Space Station.

The Soyuz rocket lifted off as scheduled at 6:06 p.m. (1306 GMT) from the Russian launch facility in Baikonur, Kazakhstan, carrying the Progress cargo ship with the Prichal (Pier) docking module attached to it.

The craft successfully entered a designated orbit nine minutes after the launch and is set to dock at the station on Friday, hooking up to the new Russian Nauka (Science) laboratory module that was added to the station in July.

The new spherical module with six docking ports will allow potential future expansion of the Russian segment of the station.

Earlier this week, Russian crew on the station started training for Prichal's arrival, simulating the use of manual controls in case the automatic docking system fails.