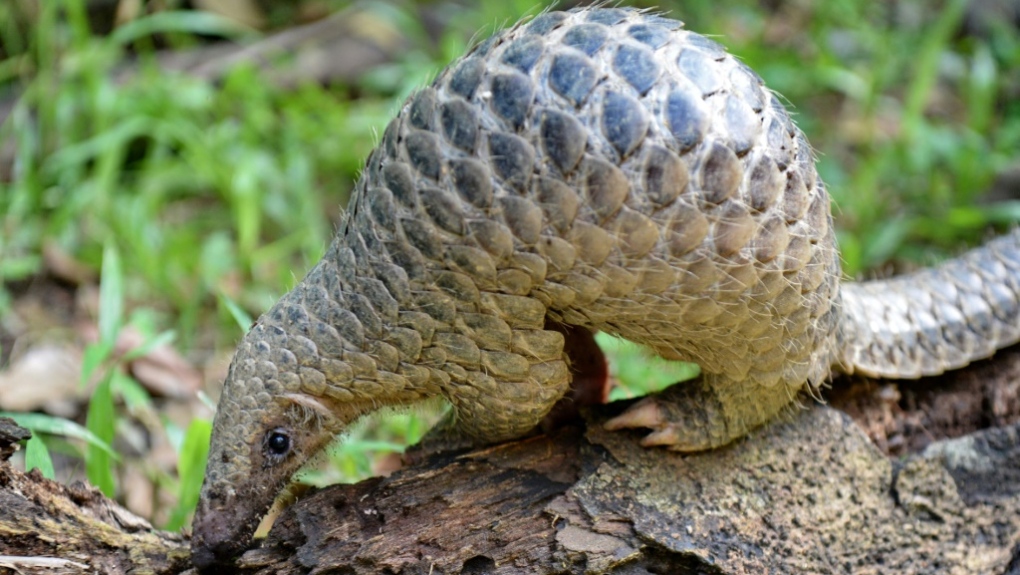 The pangolin is the world's most heavily trafficked mammal.

KUALA LUMPUR, MALAYSIA -- Nearly 900,000 pangolins are believed to have been trafficked worldwide in the past two decades, a wildlife watchdog said Thursday, highlighting the challenge in tackling the illicit trade.

As the world's most heavily trafficked mammal, the creatures are targeted for their body parts which are highly valued in traditional medicine in countries including China and Vietnam, and their meat is seen as a delicacy.

Also known as the scaly anteater, the shy, primarily nocturnal animals have been heavily poached for years in biodiverse Southeast Asia and are being increasingly targeted in Africa.

In a new report, watchdog TRAFFIC estimated about 895,000 pangolins had been smuggled between 2000 and 2019 worldwide.

"Not a day goes by without a wildlife seizure taking place in Southeast Asia, and all too often in volumes that are jaw dropping," said Kanitha Krishnasamy, director for TRAFFIC in the region.

In 2016 the pangolin was given the highest level of protection by the Convention on International Trade in Endangered Species (CITES), meaning all trade in the creatures is banned. Prior to that, trade was allowed under strict conditions.

But protection groups say the illicit business is still rampant and TRAFFIC called for stronger laws and penalties, and for authorities to shut down markets and online platforms selling protected wildlife.

Researchers investigating the origin of the deadly coronavirus outbreak in China have said the endangered animal may be the link that facilitated the spread of the illness to humans.

Scientists have long suspected that the virus, which has killed more than 2,100 people and infected 74,000, was passed from an animal to a human at a market in the central Chinese city of Wuhan late last year.