NASA looking to bring Martian samples back to Earth 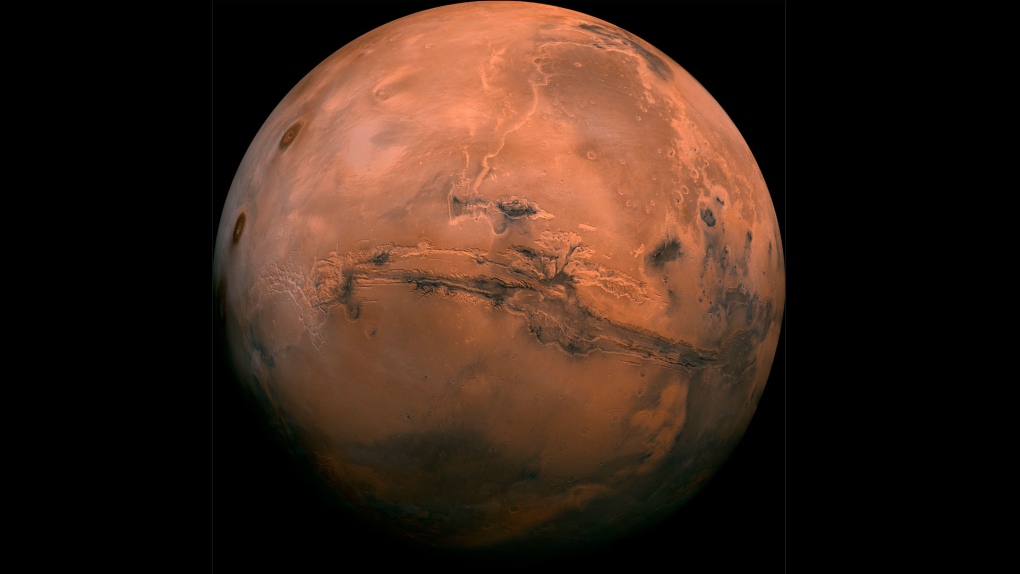 This image made available by NASA shows the planet Mars. This composite photo was created from over 100 images of Mars taken by Viking Orbiters in the 1970s. (NASA via AP)

NASA is planning to bring Martian samples back to Earth -- and they're looking for someone to lead the mission.

The Mars Sample Return (MSR) program, set to take place over the next decade, aims to collect samples of Martian rock, soil, and atmosphere for analysis and testing on Earth.

NASA has previously sent several rovers to Mars, but no program or robot has ever been able to bring back samples, which could give researchers new insights into the Red Planet.

Proposals for this specific MSR program -- carried out in collaboration with the European Space Agency -- have been in the works for years. Now it's finally taking shape, and it needs a director.

The job opening for the MSR program director, posted to the U.S. government's job site, offers an annual salary of up to US$188,066. The director will be responsible for overseeing the entire program -- from the early planning stages of mission formulation, through design and development, all the way to the final launch and mission.

Applicants need to have experience executing spaceflight programs and have a bachelor's degree in a relevant scientific field. The job will be based in Washington, D.C., and applications close February 5.

NASA has sent four rovers to Mars so far, which are equipped with a range of instruments that can test the planet's soil, climate, atmosphere, and more. The rovers have sent back incredible data and photos from Mars, which have helped uncover the planet's secrets -- but there's only so much a compact rover can do.

Bringing samples back to Earth for further analysis and testing is "the next logical step in the robotic exploration of Mars," said the ESA on its website.

The first step is NASA's highly anticipated Mars 2020 mission, which will launch in July from Cape Canaveral, Florida. The rover -- whose name will be decided and announced in March -- will land on Mars in February 2021, where it will search for signs of ancient life, study weather science, and conduct tests.

Crucially, it will also store a set of samples in small canisters the size of a pen, and place them in "strategic areas" on the Martian surface, said the ESA site.

Next is what the ESA calls an "interplanetary treasure hunt." An ESA rover will travel across the planet to collect the samples, then store them in a basketball-sized container to be launched into Mars' orbit.

The third and final step will involve sending an ESA spacecraft to capture the sample container and bring it back to Earth.

"Like the return of Moon rocks to Earth, bringing back samples of Mars will be a defining moment in space exploration," said the ESA in a press release last May.

"Bringing samples back to Earth will facilitate studies that are simply not possible in the miniaturized rover laboratories -- however sophisticated -- and, perhaps more importantly, will enable future discoveries as analytical techniques improve over time."