NASA buying Moon dust for US$1 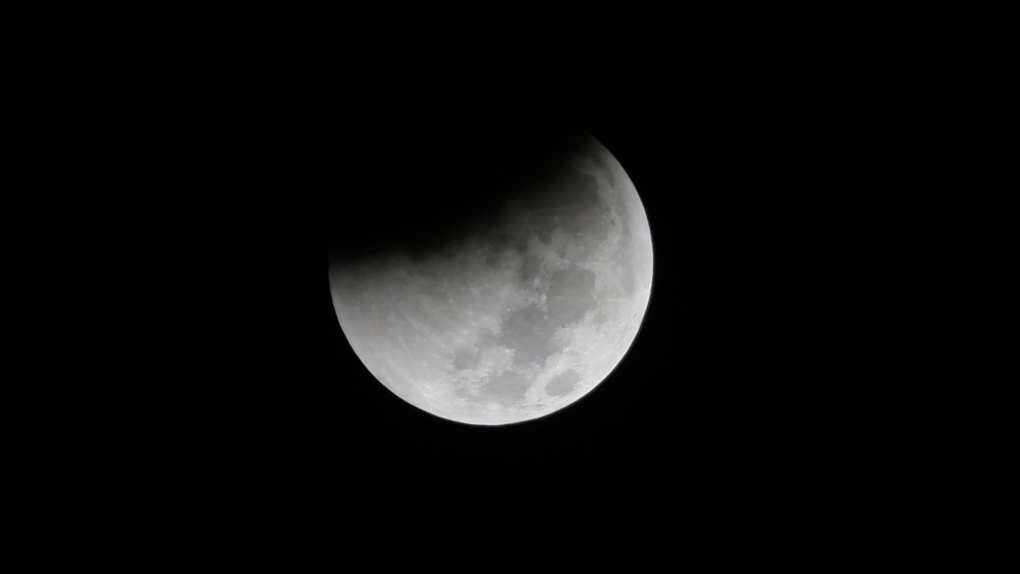 In this Saturday Aug. 28, 2018 file photo, Earth starts to cast its shadow on the moon during a complete lunar eclipse seen from Jakarta, Indonesia. (AP Photo/Tatan Syuflana)

The U.S. space agency NASA awarded contracts to four companies on Thursday to collect lunar samples for US$1 to $15,000, rock-bottom prices that are intended to set a precedent for future exploitation of space resources by the private sector.

"I think it's kind of amazing that we can buy lunar regolith from four companies for a total of $25,001," said Phil McAlister, director of NASA's Commercial Spaceflight Division.

The contracts are with Lunar Outpost of Golden, Colorado for $1; ispace Japan of Tokyo for $5,000; ispace Europe of Luxembourg for $5,000; and Masten Space Systems of Mojave, California for $15,000.

The companies plan to carry out the collection during already scheduled unmanned missions to the Moon in 2022 and 2023.

The firms are to collect a small amount of lunar soil known as regolith from the Moon and to provide imagery to NASA of the collection and the collected material.

Ownership of the lunar soil will then be transferred to NASA and it will become the "sole property of NASA for the agency's use under the Artemis program."

Under the Artemis program, NASA plans to land a man and a woman on the Moon by 2024 and lay the groundwork for sustainable exploration and an eventual mission to Mars.

"We think it's very important to establish the precedent that the private sector entities can extract, can take these resources but NASA can purchase and utilize them to fuel not only NASA's activities, but a whole new dynamic era of public and private development and exploration on the Moon," Gold said.

"We must learn to generate our own water, air and even fuel," he said. "Living off the land will enable ambitious exploration activities that will result in awe inspiring science and unprecedented discoveries."

Any lessons learned on the Moon would be crucial to an eventual mission to Mars.

"Human mission to Mars will be even more demanding and challenging than our lunar operations, which is why it's so critical to learn from our experiences on the Moon and apply those lessons to Mars," Gold said.

"We want to demonstrate explicitly that you can extract, you can utilize resources, and that we will be conducting those activities in full compliance with the Outer Space Treaty," he said. "That's the precedent that's important. It's important for America to lead, not just in technology, but in policy."

The United States is seeking to establish a precedent because there is currently no international consensus on property rights in space and China and Russia have not reached an understanding with the United States on the subject.

The 1967 Outer Space Treaty is vague but it deems outer space to be "not subject to national appropriation by claim of sovereignty, by means of use or occupation, or by any other means."