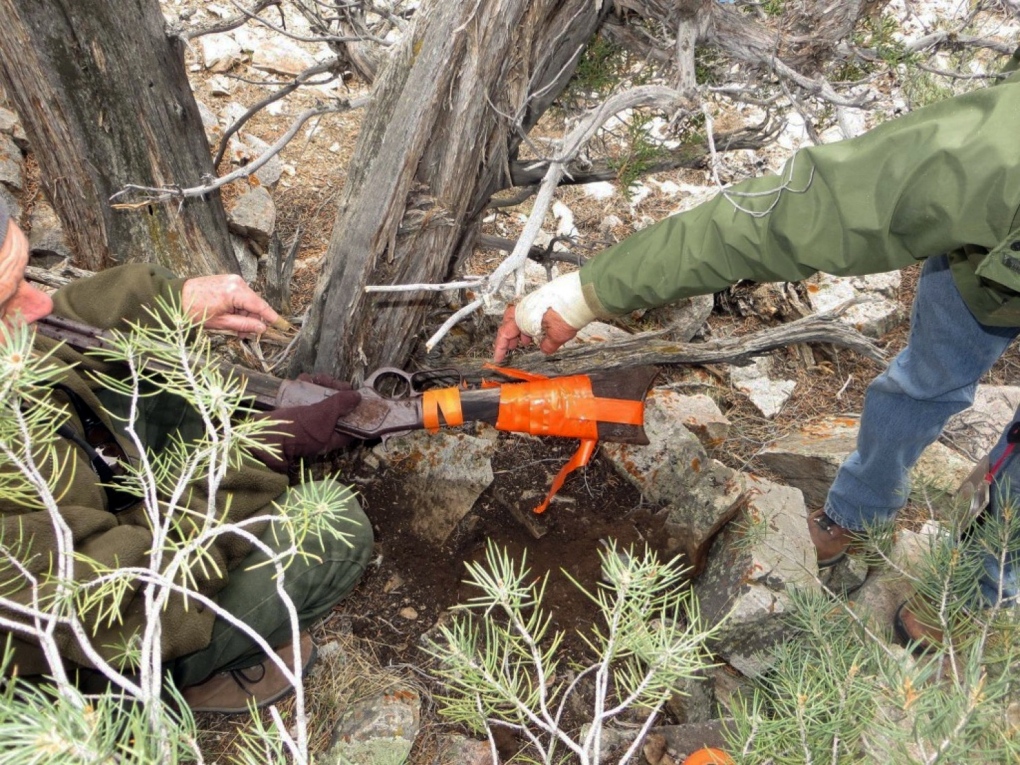 RENO, Nev. -- Researchers are trying to crack the mystery surrounding the discovery of a weathered, rusted Winchester rifle in the mountains of remote eastern Nevada.

The gun manufactured in 1882 was found leaning against a juniper tree on a rocky outcrop in Great Basin National Park during an archaeological survey in November.

Nichole Andler, the park's chief of interpretation, said officials may never know when the .44-40 rifle was placed there, but it's possible it could have been left undisturbed since the 1800s.

The area along the Utah border has a history of mining, ranching and hunting, she said, and park researchers are scouring historical documents to learn who might have owned the rifle.

"I would say the possibilities are wide open as to who owned the rifle and why it was left there," Andler said. "It leaves a lot to the imagination and it may be a mystery that's never solved."

Herbert Houze is the former curator of what became known as the Cody Firearms Museum at the Buffalo Bill Center of the West in Cody, Wyoming.

He said Winchester Model 1873 rifles such as the one found in Nevada were so valuable that he thinks whoever owned it leaned it against the tree and then was unable to find it.

"You just don't leave a gun like that there," he said.

After viewing photographs of the rifle, Houze said, he knows why it went undetected for so long: It blended in so well with its surroundings.

"People probably have walked right by it," he said. "It was a one in a million chance they looked at it the right way and found it."

The unloaded rifle's wooden stock was cracked but still intact, while its barrel was rusted. Its serial number was still visible, which allowed experts at the Buffalo Bill Center to determine it was made in 1882.

Houze says he's thrilled by what he called the "rare find" in Nevada, which will eventually go on permanent display at the park.

"It's one of the most exciting gun discoveries I've ever heard of," he said. "I'm just tickled pink the gun got found."