'Murder hornet' found near Seattle is the first U.S. sighting in 2021 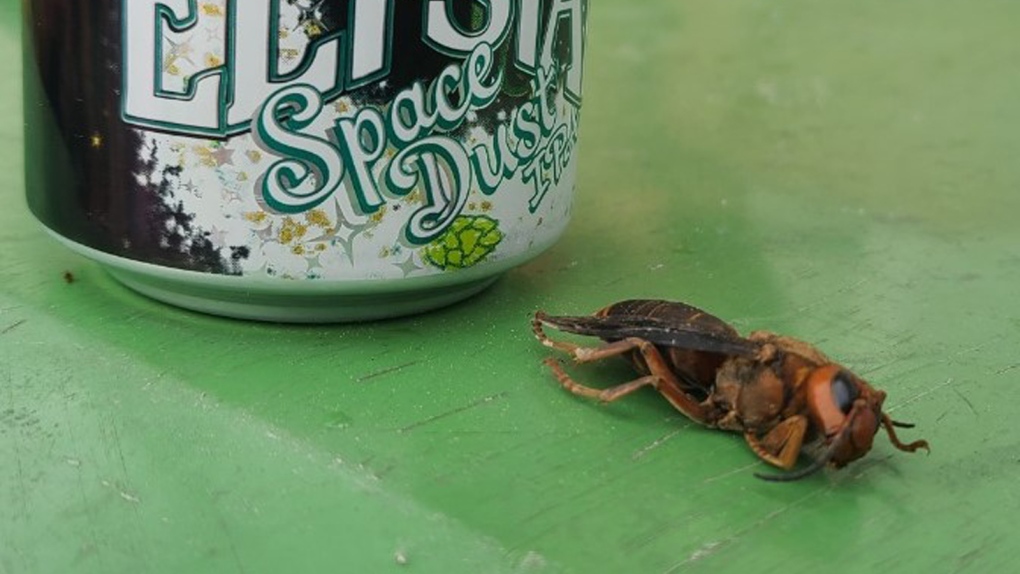 The first reported Asian giant hornet of 2021 in the United States was found dead near Seattle by a Washington state resident in early June.

The dead insect, nicknamed the "murder hornet," found in Marysville, Washington, was dried out and emerged earlier than usual, so it may have been an "old hornet from a previous season that wasn't discovered until now," said Sven Spichiger, managing entomologist for the Washington State Department of Agriculture, during a press conference.

Asian giant hornets are an invasive species that attack and destroy beehives for protein. They were first reported in the US in 2019. They only attack people or pets when threatened, but their stinger is longer and more toxic than a honeybee's and can leave a scar.

The dead hornet's color markings were different than past hornets sighted in Washington, indicating it may not have been related to other giant hornets identified over the past years.

"I want to very much clarify that a single dead specimen does not indicate a population, and for that reason, we will be taking some extra precautions and getting traps up in the area," Spichiger said. "But at this time, there is not enough evidence to support that a population exists in Snohomish County."

Spichiger said he believes the hornet "died in a protected place and maybe (had) fallen out and landed on the lawn there."

Only a few days before the hornet was found, the Washington State Department of Transportation announced it would be setting 1,200 traps across the state for the giant hornets.

"If it becomes established, this hornet will have negative impacts on the environment, economy, and public health of Washington State," the state's department of agriculture website says.

In 2020, a giant hornet nest was located in Washington near the border with Canada and successfully eradicated. But scientists said they believe more nests were out there.

"This new report continues to underscore how important public reporting is for all suspected invasive species, but especially Asian giant hornets," Spichiger said. "None of this would have happened without an alert resident taking the time to snap a photo and submit a report."

"Murder hornets" became a viral phenomenon in 2020 for their tendencies to decapitate honeybees and feed honeybee larvae to their young after attacking beehives. Many people included them on a running list of bad things happening during the year, along with the coronavirus pandemic.