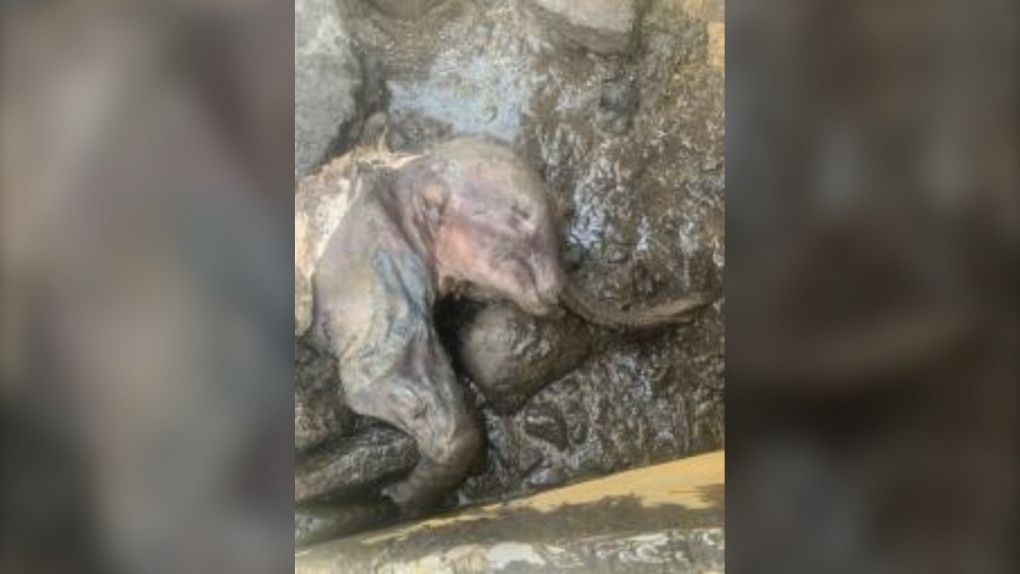 Miners working in a gold field in Yukon have uncovered what is being called the "most complete" mummified woolly mammoth found to date in North America, officials announced on Friday.

A joint statement from the Government of Yukon and Tr'ondek Hwech'in First Nation said on June 21 that miners working on Eureka Creek in the Klondike gold fields found a frozen, near complete woolly mammoth while excavating through permafrost in Tr'ondek Hwech'in traditional territory.

"The Yukon has always been an internationally renowned leader for ice age and Beringia research. We are thrilled about this significant discovery of a mummified woolly mammoth calf: Nun cho ga," Minister of Tourism and Culture Ranj Pillai said.

"Without strong partnerships between placer miners, Tr'ondek Hwech'in, and the Yukon government, discoveries like this could not happen."

Tr'ondek Hwech'in Chief Roberta Joseph called it a "remarkable recovery" for the First Nation and said she looked forward to collaborating with the government on next steps "in a way that honours our traditions, culture, and laws."

"We are thankful for the Elders who have been guiding us so far and the name they provided. We are committed to respectfully handling Nun cho ga as she has chosen now to reveal herself to all of us," Joseph said.

Officials called it "the most complete mummified mammoth found in North America."

The woolly mammoth appears to be a female and is about the same size as a 42,000-year-old infant woolly mammoth called "Lyuba," who was discovered in Siberia in 2007. A partial mammoth calf, named "Effie," was found at a gold mine in interior Alaska in 1948.

Officials say geologists from the Yukon Geological Survey and University of Calgary, who recovered "Nun cho ga," believe she died and froze in permafrost during the ice age more than 30,000 years ago.

"As an ice age paleontologist, it has been one of my life long dreams to come face-to-face with a real woolly mammoth. That dream came true today," Grant Zazula said.

"Nun cho ga is beautiful and one of the most incredible mummified ice age animals ever discovered in the world. I am excited to get to know her more."

A new study has found that three drugs, including the antiparasitic ivermectin, had no significant effects in treating low oxygen levels or preventing ER visits, hospitalization or death due to COVID-19.