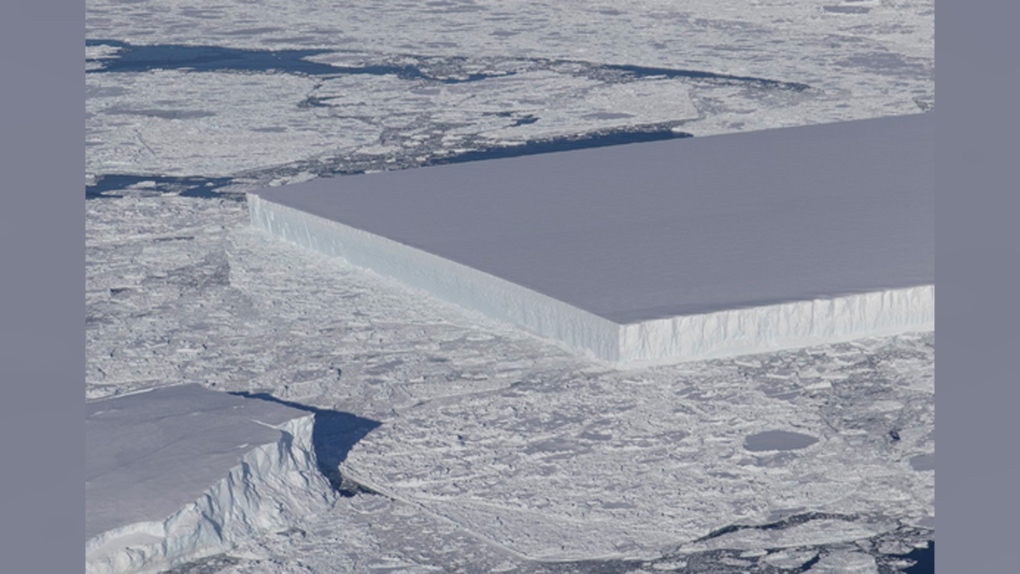 A perfectly rectangular iceberg is seen in this image. (NASA ICE/Twitter)

A rectangular iceberg in Antarctica is capturing attention online for its near-perfect shape.

NASA’s department of Cryospheric Sciences, known as NASA ICE, discovered the tabular iceberg during a recent flyover of the Larsen C ice shelf on the Antarctic Peninsula.

In an image posted to Twitter, the iceberg looks to be a near-perfect rectangle, which NASA says indicates it must have recently broke off from the ice shelf and hasn’t yet been hit by wind and waves.

In an interview with Live Science, Dr. Kelly Brunt, an ice scientist with NASA and the University of Maryland, said such icebergs are fairly common. Once they split from an ice shelf, they are often geometric in shape.

NASA also posted an image of another geometric iceberg, but in the shape of a triangle.

On Twitter, users joked that Mother Nature must have made it with a chainsaw and that this must be the ice wall flat-earthers talk about.

From yesterday's #IceBridge flight: A tabular iceberg can be seen on the right, floating among sea ice just off of the Larsen C ice shelf. The iceberg's sharp angles and flat surface indicate that it probably recently calved from the ice shelf. pic.twitter.com/XhgTrf642Z

From yesterday's #IceBridge flight:Triangular iceberg surrounded by many different types of sea ice, off the Larsen ice shelf in the Weddell Sea. In the open water, grease ice is forming. pic.twitter.com/L4WB36bV5H