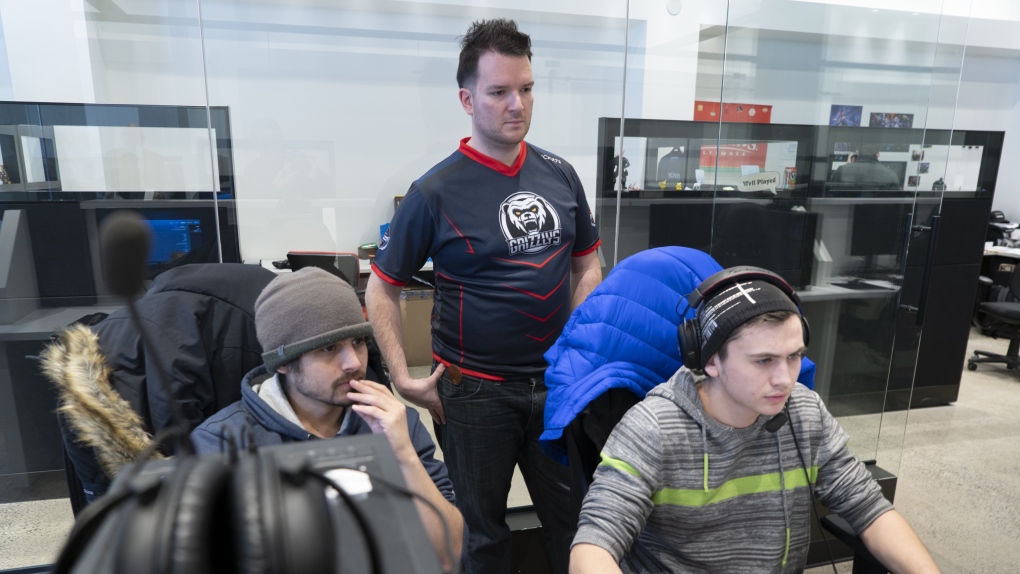 MONTREAL -- Teamwork, competition and the thrill of bringing home a championship are part of the high school experience for many young athletes, but for a growing number of teens that glory is being pursued online.

And one Montreal high school wants to help them with a new "esports studies" stream that allows students to spend part of their school day playing video games as an entry to the booming world of competitive gaming.

Starting in September, about a dozen "cyber-athletes" from the Edouard-Montpetit school will spend half their day in class and half at a gaming academy, in a program modelled after those offered to elite athletes in hockey, swimming, tennis and other sports, said Patrick Rheaume-Espinoza of the Montreal Esports Academy.

Rheaume-Espinoza, whose academy is running the video gaming component of the program, says it offers similar benefits to those of conventional sports, including teamwork, judgment, discipline and increased motivation at school. He says the Edouard-Montpetit program will be unique in Canada.

While some may raise eyebrows at putting video games on a par with soccer, Rheaume-Espinoza believes Quebec will eventually follow the lead of countries such as South Korea that have officially recognized gaming as a sport.

"What defines a sport?" he asked in an interview at the academy's headquarters in a converted clothing store on Montreal's trendy St-Laurent Blvd.

"It's a game. It's competitive. There are winners, there are losers. There's sportsmanship, there's a goal and there's passion." He added that physical fitness is a core component "because both body and mind activity are 100 per cent required."

Live-streamed esports draw huge audiences, player sponsorships and tournament prize money. The massive popularity of games such as Fortnite means games have become big business -- one that U.S. investment firm Goldman Sachs has estimated could rival the NFL in terms of audience within the next five years.

"I find the nomenclature unusual, because we consider sport to be physical activity. With that definition, I'm not sure it counts as a sport," she told The Canadian Press Thursday.

"For sure it's a new phenomenon. We'll have to see exactly how we're going to categorize it, but those are discussions we'll have within the ministry."

Gregory West, a psychology professor at the Universite de Montreal who has studied the effects of video games on the adult brain, says schools should think twice about encouraging them.

A study conducted by West and other researchers found that about half of players who were scanned after playing 90 hours of first-person shooter games experienced atrophy in their hippocampus, a part of the brain that helps with memory and is tied to long-term cognitive health, including the risk of depression or dementia.

While the study found so-called "platform" games, where players have to overcome obstacles and navigate terrain, actually strengthened the hippocampus, West believes that his study and other raise warning flags.

"I would suggest to any policy-makers that this is not necessarily a good idea, given the fact that we do not understand how these types of games impact the developing brain," he said. He added, "encouraging youth to play for half the day, every day, is concerning."

But Rheaume-Espinoza says the gaming academy provides a structured atmosphere that will help students avoid the negative aspects of gaming.

The program includes about two hours of game coaching, as well as classes on game theory, and 30 minutes of physical education. Students will also learn about cyber-dependence and cyber-bullying as well as "healthy lifestyles," including the need for proper sleep, nutrition, and hygiene.

He said that while the stereotype of an anti-social boy playing games "in his parents' basement eating chips and junk food" does exist, serious gamers understand the importance of health for performance. "When you're a sportsman, at a national competition, you want to be 100 per cent optimal," he said.

That sentiment was echoed by 18-year-old aspiring pro gamer Eliyakim Bezeau, who recently decided to leave school in hopes of turning his hobby into a career.

Bezeau, who was finishing up a personal coaching session at the Esports Academy on Thursday, said he was there to improve many aspects of his game "It's my mechanics, vision, my game sense, learning to position myself," he said. "There are a lot of tricks to it."

He said gaming can be healthy if it is not seen as an escape.

"If you do it in a moderate fashion, it can be good, and you can make a living doing it," he said. "But you have to control yourself."

With files from Patrice Bergeron