Modern 'Indiana Jones' on a mission to save antiquities 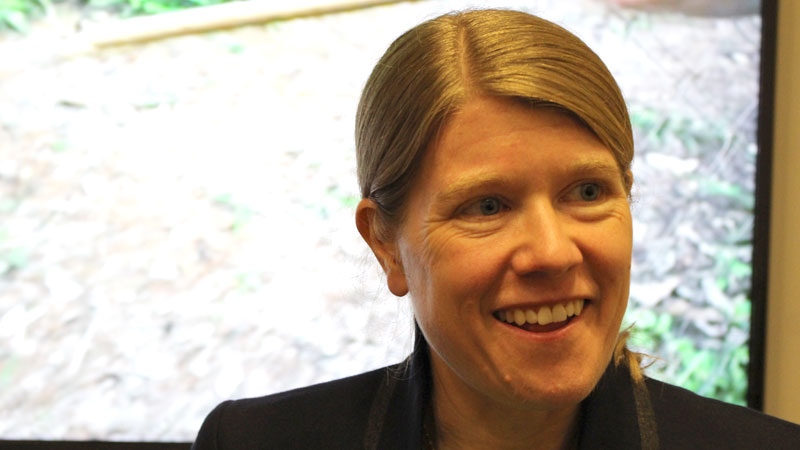 'Real-world Indiana Jones' Sarah Parcak unveils a wish to enlist people around the world to help save antiquities during the TED Conference in Vancouver on Feb. 16, 2016. ( AFP /Glenn Chapman)

A technology-wielding archeologist billed as a real-world "Indiana Jones" called Tuesday for an online platform that entices just about anyone to help find undiscovered treasures and defend archeological wonders.

Sarah Parcak envisions a 21st century army of citizen scientists to battle the looting and destruction of the world's antiquities. And now, thanks to winning this year's coveted TED Prize, her wish may just come true.

"We are at a tipping point with our cultural heritage," Parcak told reporters. "We are losing the battle against looters. If we don't do something in the next couple of years, it will be gone."

The TED Prize provides a million dollars to kickstart a big vision and opens a door to call on the nonprofit organization's innovative, influential and ingenious community of "tedsters" for help.

Parcak wants people around the world to become explorers, detecting antiquities looting faster than currently possible and pointing archeologists to promising spots on the planet.

"The only way we are going to be able to get ahead of the looters and protect sites is to engage the world and make them part of what we do as archeologists," Parcak said.

Her exploration includes a game with digital "cards" that people can quickly flip through to scrutinize satellite imagery for tombs, pyramids, looting "pits" and other points of potential interest to archeologists.

Only tiny sections of imagery will be shown, along with broad location data such as what country is involved.

"The last thing we want is for looters to log-in and help find sites to loot," Parcak said.

"The most exciting part is, it will be a game."

Parcak condemned destruction of antiquities by the likes of violent extremists from the Islamic State group and saw looting done by the desperately poor as "heartbreaking."

Archeologists will follow up on sites pinpointed by the "crowd," paving the way for protection from governments or law enforcement agencies. Virtual explorers will visit digs using social media tools such as Periscope, Instagram and Google+.

"The world is going to get to engage with archeology in a way that has not been done before at this scale," Parcak said.

Her team is consulting with citizen scientists and game experts on the project.

"We don't know what getting people excited about discovery will do," Parcak said.

"We know this will allow the world to become archeological activists as well as discoverers."

Enlisting people in countries around the world is vital in the fight against intentional destruction of antiquities and looting that is "spiraling out of control," she maintained.

"We can't stop the looting, and we can't change the mindset of people like ISIL, but we can become advocates to stem the antiquities trade," Parcak said.

She hopes to roll the platform out this year.

"We find ourselves at a critical moment in time when we can empower and ignite an army of citizen scientists to find, share and protect our heritage."

Parcak was introduced to aerial photography through her grandfather's use of it in forestry work. She was studying Egyptology at Yale when she began exploring the potential for using more modern tools to apply her grandfather's approach to archeology.

Parcak was pursuing an advanced degree at Cambridge University when she created a technique for processing infrared imagery from satellites that helped her detect undiscovered archeological sites in Egypt.

She has since turned to mapping looting. Her work has caused some to refer to Parcak as a real-world version of the Indiana Jones character made famous in films starring Harrison Ford.

Parcak is a professor at the University of Alabama at Birmingham, where she founded the Laboratory for Global Observation. She has won attention for her work satellite mapping Egypt and uncovering hidden pyramids, tombs and settlements.

The annual TED Prize has grown from $100,000 to a million dollars since it was first awarded in the year 2005, to U2 band leader Bono and his vision of fighting poverty and disease.