Mind the drones: 'Near-miss' with plane near London's Shard 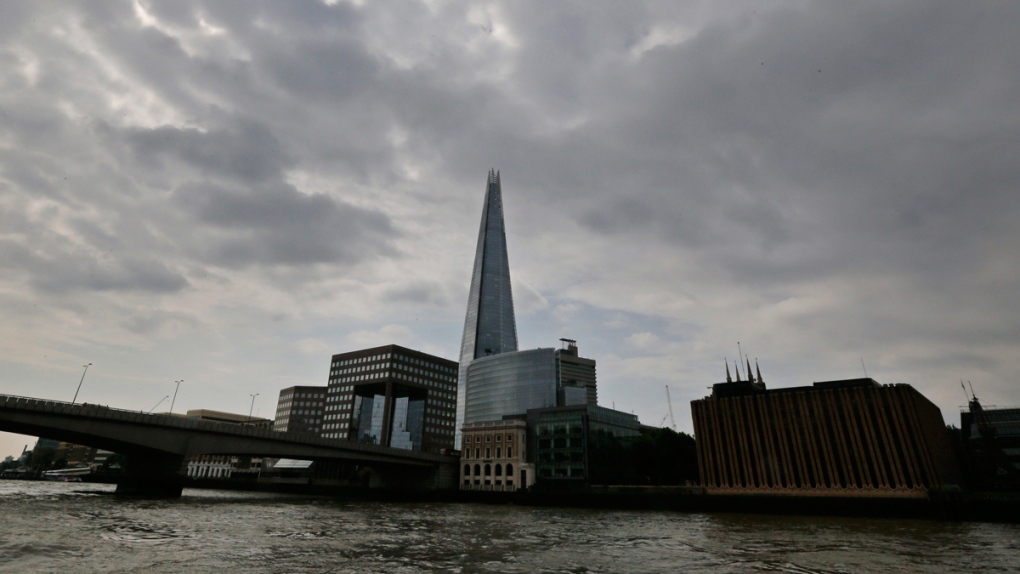 LONDON -- A drone just missed hitting an A320 plane flying above the Shard skyscraper in central London in July -- one of several near-misses involving passenger jets in Britain, a new report said.

The plane was approaching Heathrow Airport on July 18 and flying at nearly 5,000 feet (1,525 metres) when the pilot spotted a 50-centimetre (20-inch) drone off the right flight deck window. The UK Airprox Board report says "chance played a major part" in avoiding a collision and called it a "very near-miss."

"The crew estimated it probably passed above the right wing and horizontal stabilizer," the report said.

The review published last week cited several safety incidents in Britain involving drones over summer, including a near-miss on July 12 with an A319 passenger plane at Liverpool Airport.

"The captain noticed a large black-and-yellow drone in the right 2 o'clock position," the report said. "As the A319 climbed through the drone's level, it passed down the right side, about 5 (metres) from the wingtip."

The incidents underscored the fears of many aviation experts about the growing popularity of drones and their danger to planes.

"The proliferation of (small unmanned aircraft) and the difficulty in policing the regulations in terms of operating areas and altitudes, continues to raise considerable concern within the military flying community," the report said, adding that while the police were notified, "unless the drone operator is found at the time of occurrence, little can be done."

In another incident, the report said a pilot on an A319 plane making an approach to Heathrow watched a DJI Phantom drone pass within 100 metres (yards) of the left-hand side of the aircraft. The pilot said he recognized the drone "because his son had the very same model."

A King Air pilot conducting training also spotted a white drone in the radar pattern of RAR Cranwell near a windfarm.

Near Oxford, a DA42 pilot had to bank 30 degrees to avoid hitting a square four-prop drone flying at 2,300 feet (700 metres) and going in the opposite direction.

The review also said another A320 pilot descending to Heathrow on July 16 also spotted a drone that passed just above the plane to the left.

"The drone operator could not be traced," the report said.

It's not clear how many drones are operating in Britain, as small drones bought for private use often don't have to be registered. That said, the market is growing fast as drones become cheaper and easier to operate.

Experts at an aerospace research firm, The Teal Group, estimate there are several million drones in the United States alone.