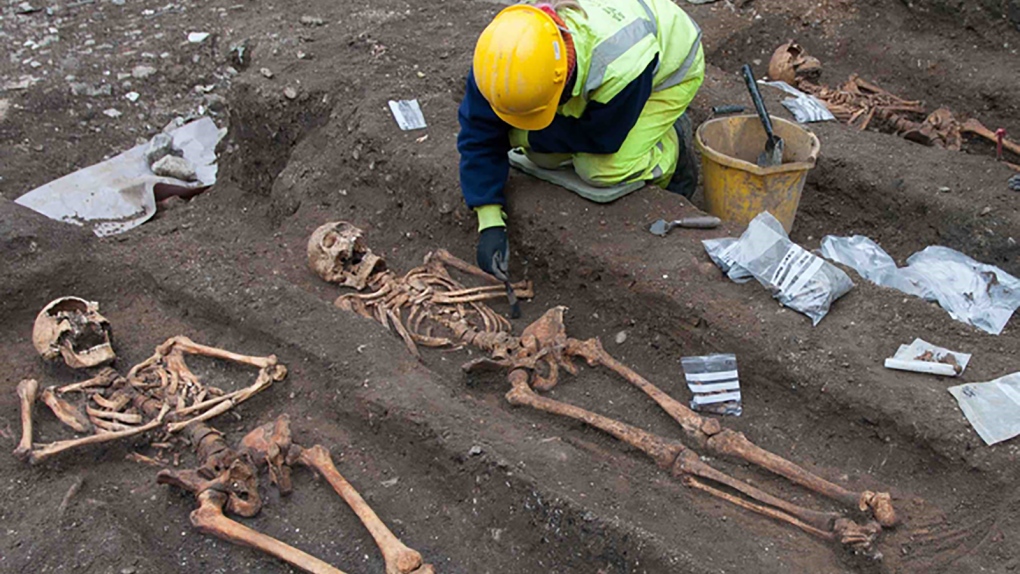 When we think of medieval friars, we may well picture Robin Hood's jolly Friar Tuck, known for his rotund figure and love of food and drink.

But it turns out some of these monks were full of more than just cakes and ale.

According to a study released on Friday, Augustinian friars in medieval England were nearly twice as likely to suffer from intestinal parasites as other people, despite most monasteries being equipped with washing facilities -- a rarity for ordinary citizens.

Researchers from the University of Cambridge's Department of Archaeology excavated the remains of 19 friars from the grounds of a former Augustinian friary in Cambridge, England.

By comparing soil samples taken from around the pelvises of the friars and 25 townspeople of low socioeconomic status from the same 12th-14th-century era, the researchers were able to compare the prevalence of parasites in people with vastly different lifestyles, according to the study, published in the International Journal of Paleopathology.

The analysis revealed that 11 of the friars (58%) were infected with worms, compared with just eight of the locals (32%).

The percentage of parasitic presence in locals was as expected, similar to that found in previous studies on European medieval burials, but the researchers said the infection rates from the former friary remains are high.

"The friars of medieval Cambridge appear to have been riddled with parasites," Piers Mitchell, the study's lead author, said in a press release.

It's the first time anyone has tried to work out how common parasites were in people with different lifestyles from the same medieval town, he added.

Researcher Tianyi Wang, who did the microscopy to find the parasite eggs, said the most common species found was roundworm, followed by whipworm, both of which are spread by "poor sanitation."

Although the friars had access to latrines and washing facilities -- usually with running water, though this has yet to be confirmed at the Cambridge site -- the researchers suggest the stark difference in the infection rate must be due to differences in dealing with human waste.

"One possibility is that the friars manured their vegetable gardens with human faeces, not unusual in the medieval period, and this may have led to repeated infection with the worms," Mitchell explained.

Compared with the privy -- pretty fancy by medieval standards -- to which monks were accustomed, ordinary people had to make do with a cesspit, a simple hole in the ground.