Maori connection to Antarctica dates back to 7th century: study 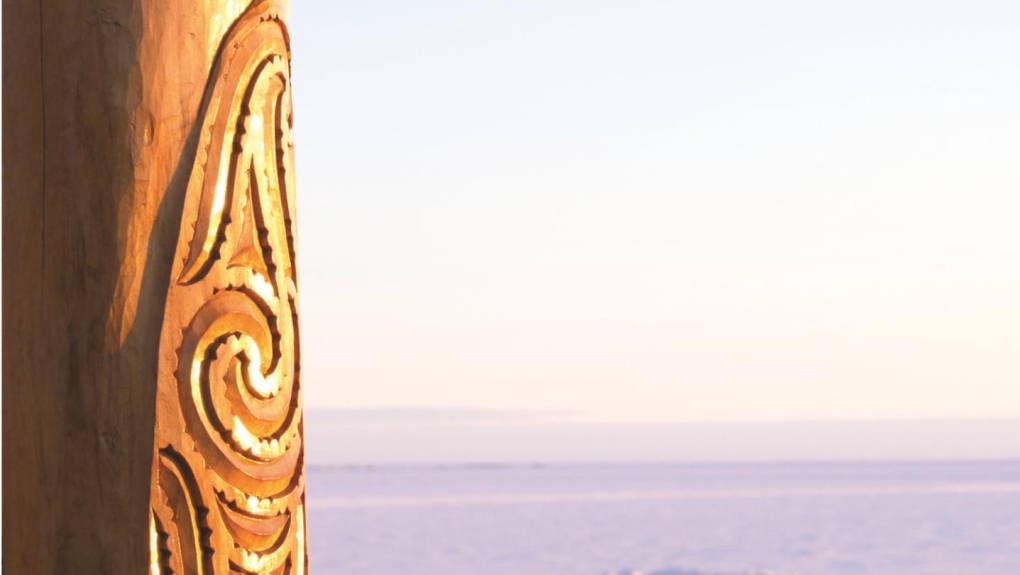 The view of Te Kaiwhakatere o te Raki looking outward across the Ross Ice Shelf. (© A short scan of Māori journeys to Antarctica / Journal of the Royal Society of New Zealand)

TORONTO -- New research is changing the narrative of who the early explorers and voyagers setting their sights on Antarctica were, from European to Māori.

The study, conducted by Manaaki Whenua Landcare Research in conjunction with Te Rūnanga o Ngāi Tahu, used oral histories and literature of Māori people and their connection to Antarctica. The research was published in the Journal of the Royal Society of New Zealand on June 6.

"We found connections to Antarctica and its waters have been occurring since the earliest traditional voyaging, and later through participation in European-led voyaging and exploration, contemporary scientific research, fishing, and more for centuries," lead author Priscilla Wehi said in a press release.

Using oral histories and documented literature, the researchers were able to date some stories back to 1,320 years ago.

"We find Polynesian narratives of voyaging between the islands include voyaging into Antarctic waters by Hui Te Rangiora (also known as Ūi Te Rangiora) and his crew on the vessel Te Ivi o Atea, likely in the early seventh century," Wehi says.

According to the press release, oral histories of the early navigator describe him crossing the Pacific the same way European explorers might cross a lake: with great ease.

The oral histories and literature describe marine mammals, icebergs and a frozen ocean.

“In some narratives, Hui Te Rangiora and his crew continued south. A long way south. In so doing, they likely set eyes on Antarctic waters and perhaps the continent,” said Wehi.

These narratives of voyaging and expeditions by the Māori people continue in the present day, but their collaboration on Antarctic expeditions are “rarely acknowledged or highlighted,” according to Wehi.