Look up! Northern lights to dance across Canada overnight 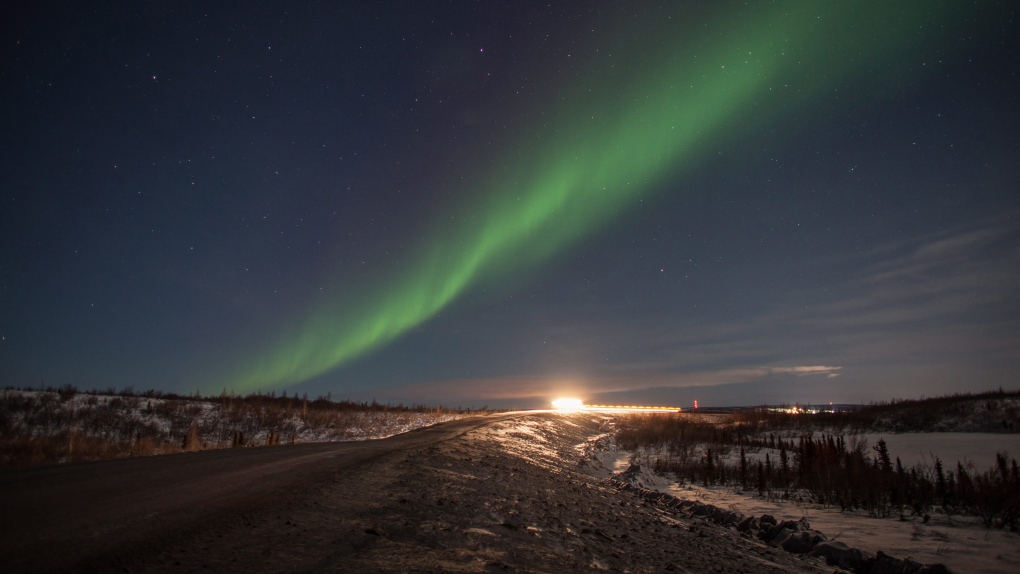 Northern Lights are seen over the Inuvik Tuktoyaktuk highway in Inuvik, NT in this undated handout photo. (THE CANADIAN PRESS / HO-GNWT- James MacKenzie)

TORONTO – Forecasters say the northern lights will be unusually vibrant and visible Wednesday night and early Thursday morning across almost all of Canada.

This is because energy from a solar storm is expected to hit the earth Wednesday night, amplifying the usual aurora borealis.

According to the aurora forecast from the University of Alaska Fairbanks, Canadians in cities including Edmonton and Winnipeg will see dazzling displays from the natural phenomenon, if the skies are clear.

The entire country will, weather permitting, potentially be able to see the lights low on the horizon. So will people in U.S. cities such as Boston, Chicago, Cleveland and Seattle.

Based on midday forecasts, cloud cover blocking the lights looked to be a serious concern in Winnipeg and Halifax, less serious in places such as Edmonton and Toronto, and not a concern at all in Vancouver and Montreal.

However, skywatchers whose plans are foiled by clouds on Wednesday may not be out of luck.

While the aurora borealis is expected to recede from its peak by Thursday night, it will still be visible in many of the same areas. People in parts of Nova Scotia, southern Ontario and Vancouver Island, however, will not be expected to see any sort of repeat performance.

Anyone hoping to catch a glimpse of the northern lights should head to a dark location far from the lights of the city, as light pollution can obscure the aurora. Peak viewing conditions are typically between 10 p.m. and 1 a.m. local time, although the aurora can be visible anytime between sunset and sunrise.