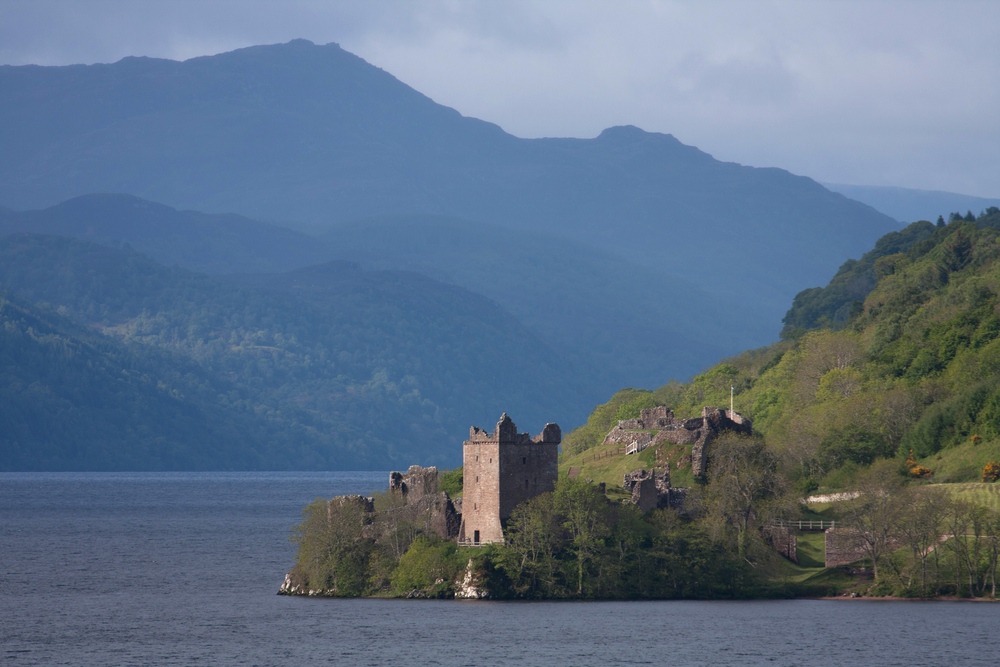 The Urquhart Castle, on the shores of Loch Ness, in the Scottish Highlands U.K., is shown. (Gail Johnson / Shutterstock.com)

LONDON - A man who has spent 24 years scanning Scotland's Loch Ness for its legendary mysterious monster reckons Nessie is most likely a giant catfish -- although he is not prepared to give up looking just yet.

Steve Feltham, who holds a Guinness World Record for the longest continuous Nessie vigil, says it is the most probable explanation for the enigmatic beast that has captivated people's imaginations the world over.

"The current frontrunner is the Wels catfish. It's the most likely explanation," the 52-year-old told AFP.

"I'm not saying it's the final explanation. It ticks most of the boxes with sightings -- but it doesn't tick them all."

Feltham left his home and girlfriend in 1991 to go looking for Nessie and has spent the years since in a caravan on the lake shore, scanning the waters.

Media reports this week suggested Feltham had given up his vigil after favouring the catfish theory, but he insisted he would keep searching for the definitive conclusion.

"We still have this world-class mystery and for the next several decades I hope to carry on trying to find the answer," he said.

Catfish are native to central and eastern Europe but Feltham believes the Victorians might have introduced them to the deep freshwater lake so they could catch them for sport.

Wels catfish can group up to four metres (13 feet) long and weigh more than 400 kilogrammes (800 pounds) -- though they are rarely more than half this size. The scaleless fish can live for at least 30 years.

Feltham concedes there is no record of Wels catfish being released into Loch Ness, Scotland's largest at 37 kilometres long and over 200 metres deep in some places.

But he said: "Given the number of hunting estates that there are around here, it's plausible they (the Victorians) may have put a few in, giving themselves some good sport of catching one of the biggest freshwater fish in the world.

"If they did that here in the (late) Victorian era, they would have reached maturity in the 1930s" -- the time when the Nessie craze took off.

He said in the early years of his vigil, there would be up to a dozen good sightings per year, but now there might only be one.

"Whatever Nessie turns out to be, it is dwindling. We are looking for the last one or two now," he said.

The reduced good sightings might be explained by technology -- with the pixel resolution on digital cameras, modern amateur Nessie hunters' pictures could be shown to be boat waves.

"Others say sturgeon, giant eels, plesiosaurs. A couple believe there's a spaceship on the bottom of the loch; one woman thinks there's a porthole to a hollow Earth," he said.

"Many people think it's a non-physical phenomena."

He added: "I hope it turns out to be something far more exciting than a catfish. It's a mundane creature, even though it's massive.

"I'm certainly not going to give up searching."