Lightning fast but a political minefield: the trouble with 5G in Canada 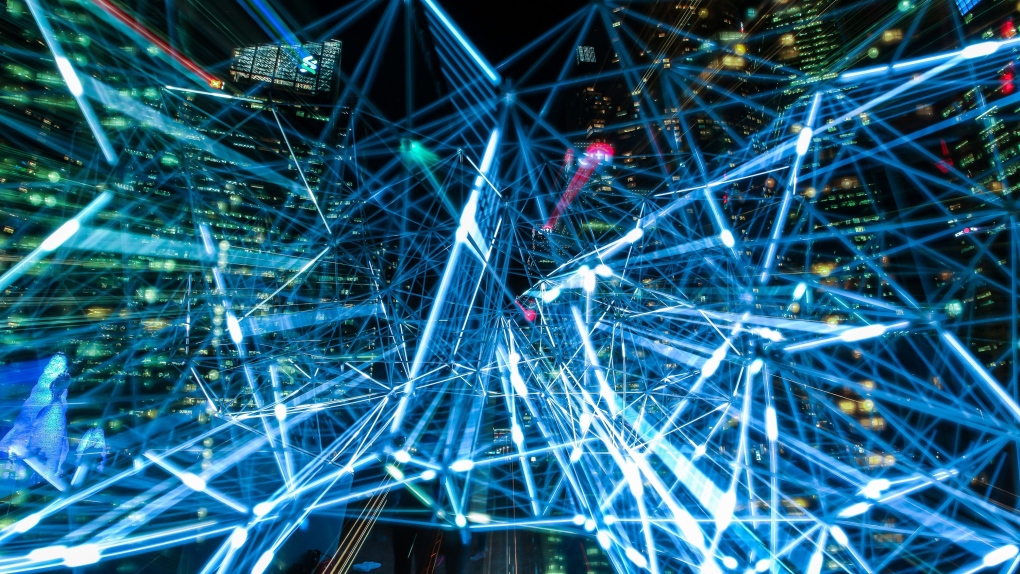 Rollout of 5G networks is expected to begin in Canada in 2020, promising to transform modern communications and to be a political minefield for the federal government.

TORONTO -- You’ve no doubt heard of 5G and may have only a vague sense that it will mean faster service for your cellphone.

We will spare you the head-swimming array of acronyms that signify myriad elements of architecture and interfaces, discussions of radio frequencies and spectrum bands, and debates over the pros and cons of millimetre wave technology.

Instead, here’s what you need to know about 5G.

It’s the fifth generation – 5G – of mobile broadband that will eventually replace, or at least augment, the current 4G network connection your phone uses.

With 5G, you'll see download and upload speeds somewhere between 10 and 20 times faster. That means downloading a full-length HD movie in mere seconds.

Latency, or the time it takes devices to communicate with each other over wireless networks, will also drastically decrease, while cellular coverage will be wider and connections will be more stable.

5G also brings the ability to connect many more devices at once.

WHY DOES IT MATTER?

Already exploding global mobile data traffic is expected to grow five times by the end of 2024, according to telecommunications giant Ericsson. Current networks won’t be able to handle that load. As it is, carriers are running out of capacity in many major cities and users are already experiencing slowdowns during busy times of day.

Groups of drones will be able to communicate while tending to crops or carrying out search and rescue operations. Cars will navigate the roads and talk to each other over 5G. A future of augmented and virtual reality delivered through mobile devices will be built on 5G, too. Sophisticated wearable health devices will monitor signals and communicate with doctors in real time and the capacity for remote and precision surgery will soar.

That doesn’t mean real-world performance will hit those maxes, though. International specifications call for user download speeds of 100 megabits per second and upload speeds of 50 Mbps.

Latency will shrink from about 50 milliseconds (about half the time it takes a person to blink) to one millisecond for critical applications. This is essential to the seamless work of automated systems.

5G is also much more cost effective. According to Ericsson's research, the evolution to 5G will enable 10 times lower cost per gigabyte than current 4G networks. The company projects economic opportunities stemming from 5G will present a US $619 billion market globally in 2026.

But one drawback is that at its highest performance levels, 5G does not travel well or penetrate obstructions, such as buildings. That will require piggybacking on 4G networks initially and building many more transmission points to support the rollout of 5G.

HOW IS THE FEDERAL GOVERNMENT INVOLVED?

The federal government is the steward of spectrum in Canada through Innovation, Science and Economic Development Canada (ISED) and is investing $200 million in upgrades over the next five years.

The Communications Research Centre, which is a part of ISED, provides the department with scientific evidence to ensure sustainable spectrum management. The CRC has been working since 2014 on 5G technology and began demonstrating this technology in 2017.

The economic stakes are huge. Consulting firm Accenture projected in a research report in 2018 that 5G will inject $40 billion into the national GDP and will create 250,000 jobs. The automated world will be vital to Canadian manufacturers, energy companies, and agricultural producers that need to remain globally competitive.

China’s Huawei Technologies – the largest telecommunications equipment maker in the world and among a small handful of global players – is at the centre of a debate over whether it will be allowed to supply equipment to build Canada’s 5G networks.

A number of Canada’s allies, including all its partners in the Five Eyes intelligence-sharing alliance, have banned Huawei from supplying equipment to 5G networks over fears Huawei could use its access to spy for the Chinese government.

The United States, Japan, Australia and New Zealand have all determined that doing business with Huawei is a national security risk and has excluded the company from government contracts, including any work on 5G network development. The U.K. has instituted a much more limited ban, refusing to allow Huawei into “core” networks.

Huawei denies any connection to the Chinese government or any participation in espionage for Beijing, but Chinese law explicitly requires companies to support and collaborate in national intelligence efforts.

The Trump administration has strongly urged Canada to exclude Huawei. In May, U.S. Secretary of State Mike Pompeo suggested his country would limit intelligence cooperation with allies that allow Huawei products in their networks.

Former Hong Kong Democratic Party chairperson Emily Lau also told CTV Power Play in November that Canada should be "very worried" about Huawei. She said she and her friends in the pro-democracy movement do not use Huawei technology.

"We are very, very worried that once we use it we may be completely naked. Everything will be known to the Chinese government," she said.

For its part, the Liberal government has repeatedly said it is reviewing 5G technology, security and economic considerations, and the advice of allies, but has not indicated a timeline for making a decision.

There is no doubt the Canadian government is in a tricky situation. First, there has never been evidence provided that Huawei has engaged in spying.

Second, relations between Canada and China have been rocky since December 2018 when Canadian authorities arrested Meng Wanzhou, chief financial officer of Huawei on a U.S. extradition request. The Americans allege the company committed fraud and conspiracy while violating U.S. sanctions on Iran.

Wenzhou, who is the daughter of Huawei founder and CEO Ren Zhengfei, remains under house arrest in Vancouver while her extradition case is before a Canadian court.

Quickly after her arrest, China then detained two Canadian citizens, a businessman and a diplomat on leave to work for a non-governmental organization based in China. They have been imprisoned ever since and have been denied visits from family and lawyers. Only consular officials have seen them – for 30 minutes each month – and there are widespread concerns about how they are being treated.

Third, Chinese trade officials warned early in 2019 that Canada will face “repercussions” should it exclude Huawei, following that up with slashes to Canadian agricultural imports.

Fourth, there are also practical economic interests at play. The company employs about 1,100 people in Canada, operates six research and development centres here, funds tens of millions of research each year, and is a major supplier to the nation’s carriers.

Huawei is in the process of shifting research jobs from the U.S. to Canada and Zhengfei told a global technology conference last month that Huawei wants to make Canada an innovation hub, similar to Silicon Valley.

As well, Huawei has vastly outspent its main competitors in Ericsson and Nokia in developing 5G technology, holds many more patents, and has earned a reputation for producing the most reliable equipment at lower prices.

Huawei has 5G contracts all around the world and G7 allies France and Germany have said they will not ban the company from bidding on network deployment. They argue that doing so will only delay the critical rollout of 5G and make it more expensive.

According to the Government of Canada’s Communication Research Centre (CRC), the first generation of wireless technology – 1G – in the early 1980s introduced us to wireless telephones for talking and pagers to send short messages.

2G – the second generation – launched in the early 1990s, saw better sound quality, better security and the introduction of email and text messaging over phones.

4G provided faster and cheaper connectivity to the Internet, allowing users to send data, surf the Internet, watch, post and send videos, listen to live streamed music, access social media and use a wide variety of apps on smartphones.

5G will be a “game changer in wireless telecommunications,” says the CRC, ushering in a network with vastly more devices, faster communication, and higher speeds.

WHERE ARE WE NOW?

Some form of 5G has been rolled out in test cases around the world. At the moment, coverage is limited, expensive phones are required, and massive upgrades to transmission networks are needed.

Canadian carriers will invest $26 billion to deploy 5G infrastructure between 2020 and 2026, Accenture said in 2018. That is in addition to the $17.6 billion spent in spectrum auctions.

It’s expected many carriers will begin launching 5G on 4G spectrums in 2020, which means speeds won’t be maximized, but coverage will be broader.

Handset makers, including Samsung, LG, Motorola, and Huawei, are starting to sell 5G phones but it will take years for the networks and use of 5G to be commonplace.

THE FUTURE OF MOBILE

By 2024, Ericsson forecasts there will be 9 billion mobile subscriptions (1.9 billion of them over 5G networks), 22 billion connected internet of things devices, and 74 per cent of mobile data traffic will be videos. The company forecasts that 45 per cent of the world’s population will have access to 5G by then.