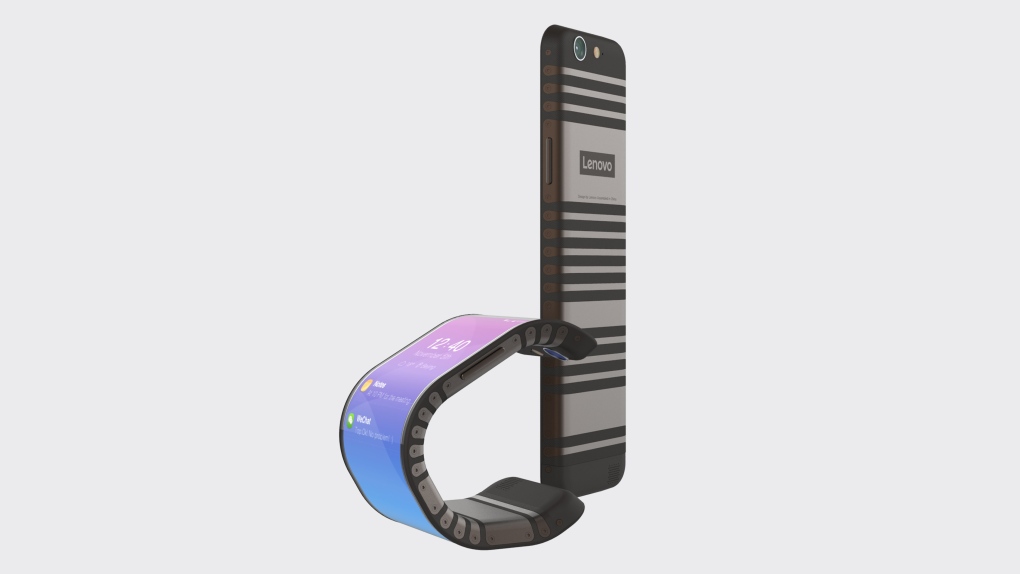 The Lenovo CPlus is a bendable smartphone prototype that can wrap itself around your wrist. (Lenovo)

Why fold a phone when you could just wear one like a watch? In the midst of the folding smartphone race, Lenovo takes the cake with a video showing a bendable CPlus model that you can roll around your wrist and suggests that we should soon know more about the phone.

Lenovo's bending smartphone, which first made its appearance in concept form at the Lenovo Tech World Conference in 2016, is making its way back -- this time without cracking. The company shared a 10-second video captioned, "We are just so terribly good. It's time to show off. We'll see you in October," on their Weibo account, one of the most popular microblogging platforms in China.

You can see the new and improved phone's ability to bend with the widgets adjusting in real-time to more appropriately display the content based on its new shape.

We've been waiting for more news about this innovative phone for two years and, according to the video caption, the phone is right around the corner -- maybe not yet for purchase, though. But will it be worth the hype? The company itself posted a video with unexplained dark spots along the right edge that appear to be due to wear and tear...but, then again, maybe they're intentional.

But is it practical? Samsung seems to think that folding with a kind of hinge mechanism is the way to go instead when they told CNBC earlier in September that they will be releasing the Galaxy X, a flip-phone style smartphone, by the end of this year.

And Samsung is not alone in the folding screen world. Over this year and the next, you can expect to see variants of the foldable screen from Motorola (the Razr may be on its way back!), LG, and Huawei, some folding like a book and others like the classic flip-phone we all know and (maybe) love.