Leap year explained: Why February has an extra day in 2020

TORONTO -- February 29 is a leap day – an extra 24 hours added to the shortest month in a leap year.

Most years have 365 days, but in a leap year we have 366 to keep our calendar aligned with the seasons.

But a leap year isn’t always every four years; it’s slightly more complicated than that.

A year according to the Gregorian calendar, named after Pope Gregory XIII, is 365 days or how long it takes the Earth to orbit the sun.

But Earth’s orbit is actually closer to approximately 365.25 days, so without leap days, the calendar would be off by five hours, 48 minutes and 45 seconds more each year. 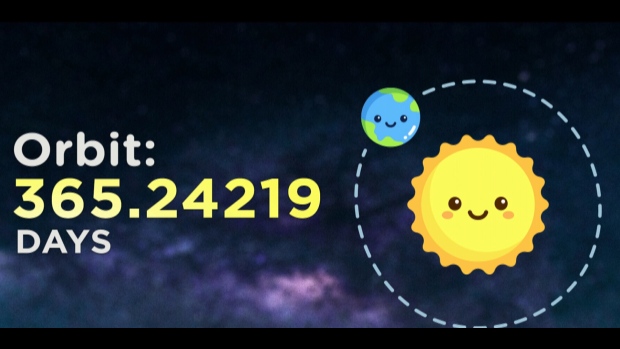 The orbit of the Earth is measured by the vernal equinox in March so the calendar is reset in the month preceding it.

“The calendar year was originally meant to start in March with the vernal equinox, so that’s the first day of spring,” Rachel Ward-Maxwell, a staff astronomer with Ontario Science Centre, told CTV’s Your Morning.

“And so February was the last day of the year, so that’s why the extra date would be added in February to make sure that the first day of spring was always aligned with the right time.”

Generally a leap year happens every four years, but there are exceptions.

A year may be a leap year if it is evenly divisible by four. Years that are divisible by 100, century years such as 1900 or 2000, cannot be leap years unless they are also divisible by 400.

This rule about years divisible by 100 years and 400 years was added with the introduction of the Gregorian calendar in 1582. 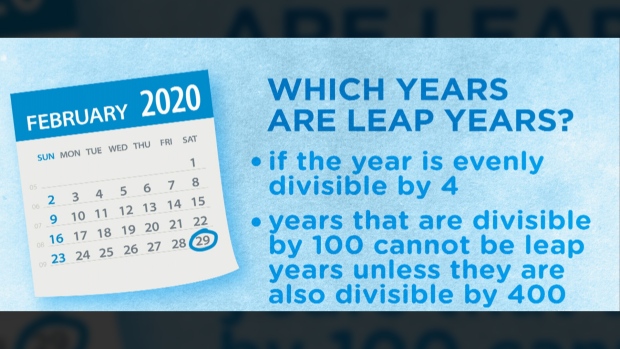 Roman statesman Julius Caesar introduced the idea of a leap year much earlier when he created the Julian calendar in the first century BC, eventually replaced by the Gregorian calendar.

According to tradition, a leap day is also known as “Ladies Day” or “Ladies’ Privilege,” the one day when women were free to propose to men.

And people born on a leap year are called leaplings.