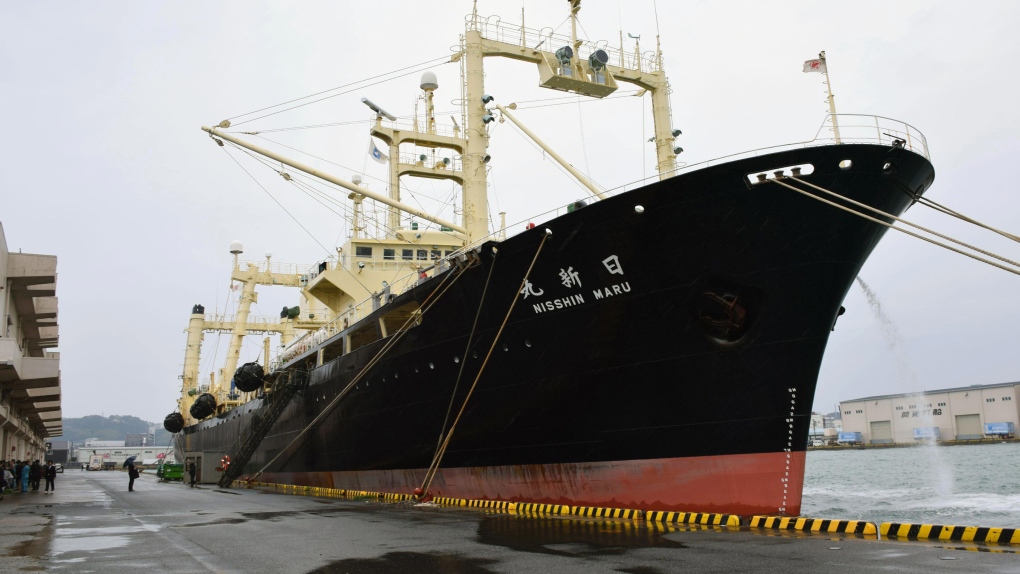 TOKYO -- Japan's whaling fleet returned home Friday after killing 333 whales in the Antarctic, achieving its goal for the second year under a revised research whaling program.

The Fisheries Agency said the five-ship fleet finished its four-month expedition without major interference from anti-whaling activists who have attempted to stop it in the past.

Japan says the hunt was for ecological research. Research whaling is allowed as an exception to a 1986 international ban on commercial whaling. Opponents of the Japanese program say it's a cover for commercial whaling because the whales are sold for food.

The International Court of Justice ruled in 2014 that Japan's Antarctic whaling program should stop because it wasn't scientific as Tokyo had claimed. Japan conducted non-lethal whaling research in the Antarctic in 2015, and revised its program in 2016 by reducing the catch quota to about one-third of what it used to kill.

"It was great that we have achieved our plan. We will steadily continue our research toward a resumption of commercial whaling," Fisheries Agency official Shigeto Hase said at a welcome ceremony in Shimonoseki, home port for the fleet's mother ship, Nisshin Maru.

Officials said the whalers used parts of the whales to determine their age, nutrition, and reproductive conditions. Opponents say such studies can be done using non-lethal methods.

Kitty Block, executive vice-president of Humane Society International, a British animal protection group, said Japan is needlessly killing whales every year. "It is an obscene cruelty in the name of science that must end," she said in a statement.

Japan has hunted whales for centuries as a source of protein and cheaper alternative to other meats. Its whale catch has fallen in recent years in part because of declining domestic demand for whale meat. Protests by the anti-whaling group Sea Shepherd have also contributed to the decline.

Critics say it's a dying industry, but Japan's government has spent large amounts of tax money to sustain the whaling operations, saying it's a Japanese cultural tradition that must be preserved.