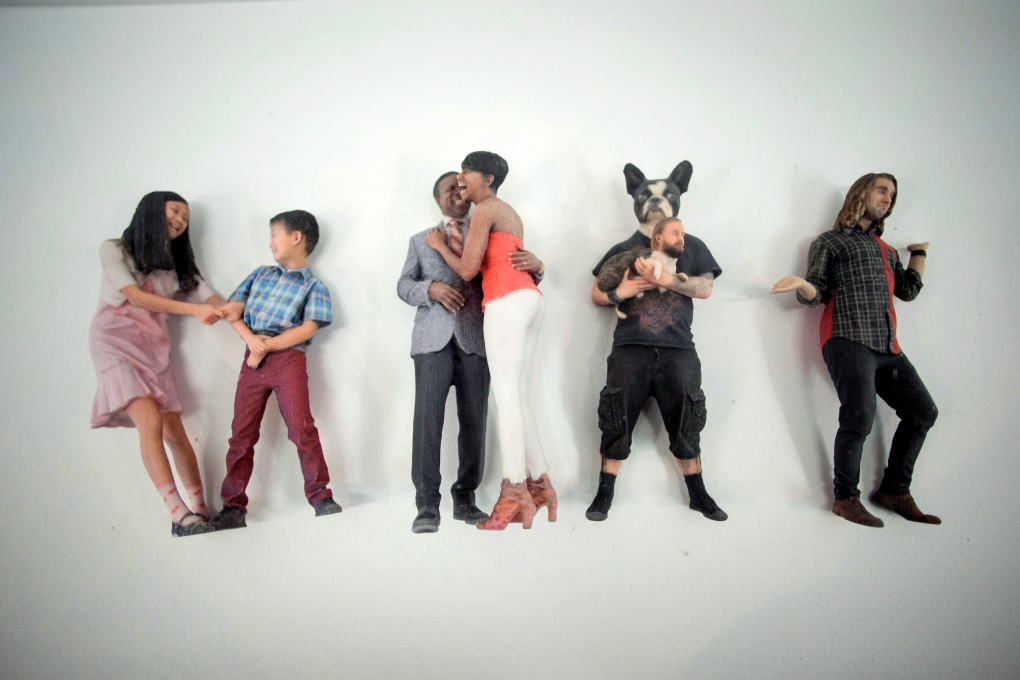 Missing your grandma or grandpa? Well now you can be sure they are watching over you thanks to a Japanese company that can turn old photos into 3D figurines -- complete with urn.

Roice Entertainment is offering the full-body figures up to 30 centimetres tall in the spitting image of lost loved ones using 3D printing technology.

As an optional add-on, a tiny battery-sized container made of brass in which ashes can be kept is available and can be inserted in the figure, the Osaka-based company said.

Its website shows a figurine of a silver-haired man in a Japanese yukata robe sitting on the floor, next to a photo of him alive in a similar pose.

The idea came after a mother who had lost her teenage daughter asked the company if they could turn old photos into a 3D likeness, company President Koichi Furusho told AFP on Friday.

"The mother told us she wanted to somehow revive her daughter, who had died at a young age, as a 3D figure," he said.

But the figurines -- and urns -- don't come cheap.