'It gets better': Roberta Bondar reflects on being first Canadian woman in space 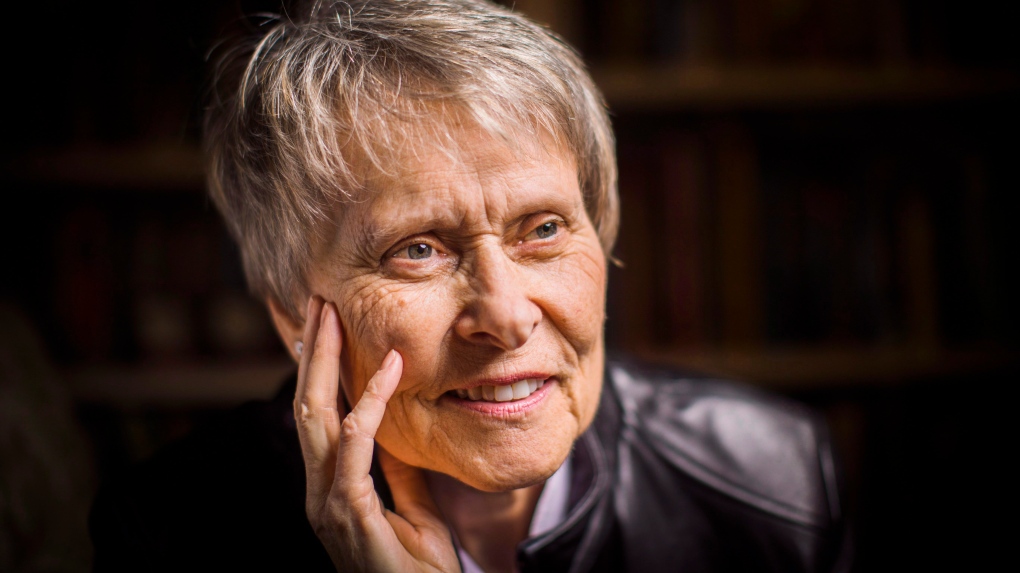 Canadian astronaut Roberta Bondar poses for a picture in Toronto on Nov. 29, 2016. THE CANADIAN PRESS/Mark Blinch

Most memories, after 30 years, start to fade.

But if that memory is of blasting off to become Canada's first woman in space, it only becomes richer.

"I talk about it a lot, so a lot of it's fresh," says Roberta Bondar, the astronaut-cum-researcher and photographer who celebrates the three-decade anniversary of her flight on Saturday.

"But a lot of it is me viewing it retrospectively with the smarts I have today and the wisdom that I've gained in the 30 years to look at that moment in my life and see things a little differently than I did years ago."

Bondar's 1992 mission aboard the shuttle Discovery took eight days. She had spent the previous eight years of her life preparing for the flight and the on-board research she led on the affect of low gravity on life.

For years after, she worked in space medicine and in academia, spending two terms as chancellor of Trent University in Peterborough, Ont.

But those eight days never left her.

"If you ask me for one thing I remember from the flight, it's seeing the edge of the Earth and seeing the reality of Earth as a planet," says the 76-year-old, who will mark the weekend anniversary with an online celebration.

"That is the singular most important thing that has the most impact in my life.

"It's not even just about the Earth. It starts getting people into deeper thought about how small we are. It really is a perspective-shifting moment.

"The 30 years have allowed me to fine-tune that in-depth exploration of what I saw. What does it mean?"

Ultimately, that experience of space came to mean a new appreciation of Earth. She was inspired by the example of Ansel Adams, the American writer and photographer whose work is sometimes credited with helping create the modern environmental movement.

"I wanted to praise the natural environment," she said. "I wanted to get people to love it, because if you don't love something it's very hard to want to protect it. I wanted to share that emotion (of seeing the world from space)."

Bondar became an accomplished photographer, celebrating Canada's beauty in shows such as "Passionate Vision," a 2005 show that toured the country with large-format photographs from all of Canada's national parks. Since 2009, Bondar has led Space For Birds, a project of her eponymous foundation that seeks to use photography to deepen understanding of the billions of migratory birds that fill the world's flyways twice a year.

As well as trying to get people interested in environmental issues, Space For Birds looks into where and how birds migrate, as well as what habitat they need along the way by studying them from three perspectives -- space, air and ground.

"These three perspectives will help people identify with migratory birds and the challenges they face," Bondar says. "We don't know a lot about bird behaviour in migratory birds."

Bondar has little direct involvement with Canada's space program these days. Although she doesn't mind pointing out that after 30 years, she's still only one of two Canadian women to have flown in space.

Julie Payette went into space in 1999 and 2009. A third Canadian woman, Jennifer Sidey-Gibbons, is in the astronaut program.

"Even in days when people are thinking about diversity, it's really ridiculous," she says. "It's still not diverse."

Bondar jokes about some of the marks those eight days left on her. "You mean bone loss?" she laughs.

And when it comes to the memory of the bathrooms: "It's really hard to block that out."

But that view of Earth -- a living blue rejection of space's empty vastness -- will never leave her thoughts.

"The opportunity to look at the Earth from space ΓÇª the feeling and the emotion doesn't change," she said. "It gets different, it gets better."