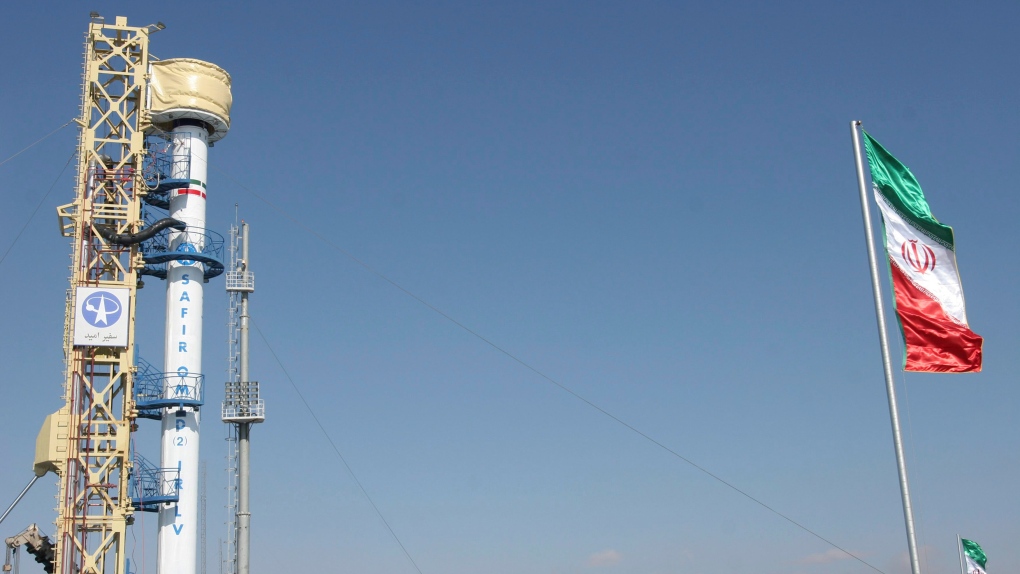 FILE - This photo released by the Fars News Agency 9 in 2009 claims to show an Iranian satellite launching rocket photographed prior to launch at an undisclosed location. (AP Photo)

TEHRAN, Iran -- Iran's state TV says the country plans to send three satellites into orbit in the next three months despite a failed launch in August.

State television on Tuesday quoted the head of Iran's space agency, Morteza Barari, as saying the satellites were to transmit data for civilian purposes such as navigation, agriculture and the environment. He didn't elaborate.

In September, Iran acknowledged an explosion in its space centre before a satellite launch, the third failure involving a rocket this year.

The U.S. alleges such satellite launches defy a U.N. Security Council resolution calling on Iran to undertake no activity related to ballistic missiles capable of delivering nuclear weapons. Iran says the tests do not have a military component.

Over the past decade Iran has sent several short-lived satellites into orbit.