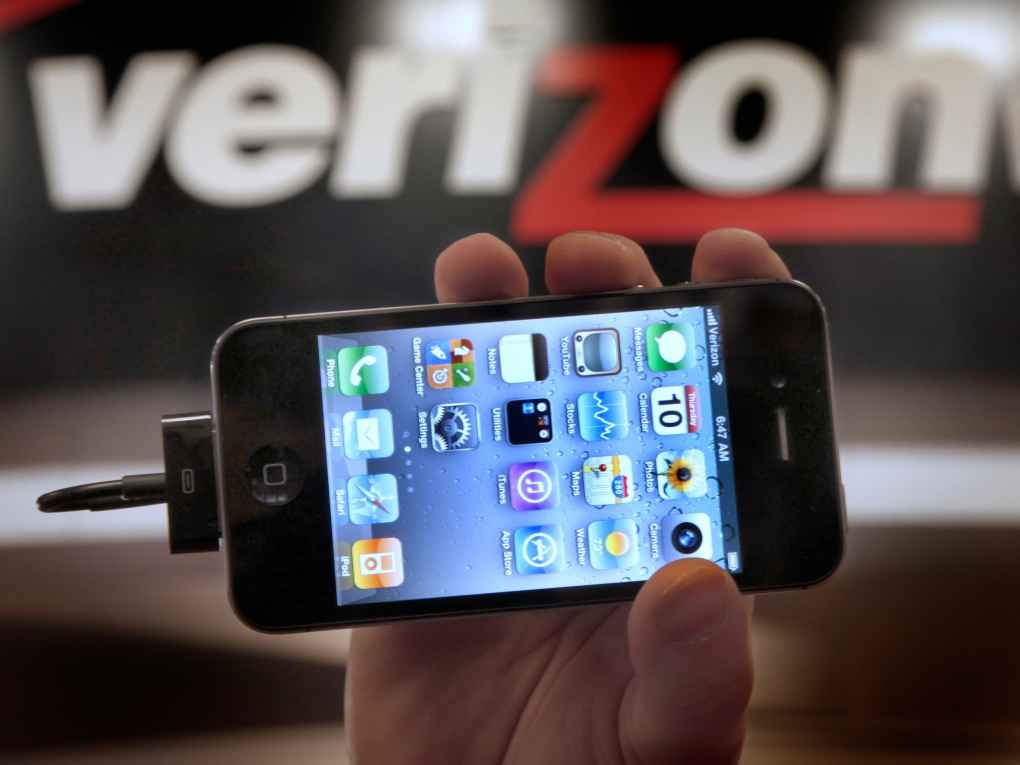 NEW YORK -- For more than a decade now, Americans have made peace with the uneasy knowledge that someone -- government, business or both -- might be watching.

We knew that the technology was there. We knew that the law might allow it. As we stood under a security camera at a street corner, connected with friends online or talked on a smart phone equipped with GPS, we knew, too, it was conceivable that we might be monitored.

Now, though, paranoid fantasies have come face to face with modern reality: The government IS collecting our phone records. The technological marvels of our age have opened the door to the National Security Agency's sweeping surveillance of Americans' calls.

Torn between our desires for privacy and protection, we're now forced to decide what we really want.

"We are living in an age of surveillance," said Neil Richards, a professor at Washington University's School of Law in St. Louis who studies privacy law and civil liberties. "There's much more watching and much more monitoring, and I think we have a series of important choices to make as a society -- about how much watching we want."

But the only way to make those choices meaningful, he and others said, is to lift the secrecy shrouding the watchers.

"I don't think that people routinely accept the idea that government should be able to do what it wants to do," said Marc Rotenberg, president of the Electronic Privacy Information Center. "It's not just about privacy. It's about responsibility ... and you only get to evaluate that when government is more public about its conduct."

The NSA, officials acknowledged this week, has been collecting phone records of hundreds of millions of U.S. phone customers. In another program, it collects audio, video, email, photographic and Internet search usage of foreign nationals overseas who use any of the nine major Internet providers, including Microsoft, Google, Apple and Yahoo.

In interviews across the country in recent days, Americans said they were startled by the NSA's actions. Abraham Ismail, a 25-year-old software designer taking advantage of the free Wi-Fi outside a Starbucks in Raleigh, N.C., said in retrospect, fears had prompted Americans to give up too much privacy.

"It shouldn't be so just effortless," he said, snapping his fingers for emphasis, "to pull people's information and get court orders to be able to database every single call, email. I mean, it's crazy."

The clash between security and privacy is far from new. In 1878, it played out in a court battle over whether government officials could open letters sent through the mail. In 1967, lines were drawn over government wiretapping.

Government used surveillance to ferret out Communists during the 1950s and to spy on Martin Luther King and other civil rights leaders during the 1960s. But in earlier times, courts, lawmakers and the public eventually demanded curbs on such watching. Those efforts didn't stop improper government monitoring, but they restrained it, said Christian Parenti, author of "The Soft Cage: Surveillance in America from Slavery to the War on Terror."

The difference now, he and other experts say, is that enormous advances in personal technology and the public's broad tolerance of monitoring because of shifting attitudes about terrorism and online privacy have given government and private companies significantly more power -- and leeway -- to monitor individual behaviour.

The tolerance of government monitoring stems in large part from the wave of fear that swept the country after the 2011 attacks, when Americans granted officials broad new powers under the PATRIOT Act. But those attitudes are nuanced and shifting.

In a 2011 poll by The Associated Press and the NORC Center for Public Affairs Research, 54 per cent of those surveyed felt protecting citizens' rights and freedoms should be a higher priority for the government than keeping people safe from terrorists. At the same time, 64 per cent said it was sometimes necessary to sacrifice some rights and freedoms to fight terrorism.

"Whenever something like 9-11 happens, it does tend to cause people to change their minds," Richards said. "But I think what's interesting is it has to be a long-term conversation. We can't, whenever we're scared, change the rules forever."

But up until now, there's been only limited debate about where and how to redraw the lines on surveillance. At the same time, explosive growth in social networking, online commerce, smart-phone technology, and data harvesting for targeted marketing have introduced many Americans to all sorts of rich new experiences and conveniences. People have become enamoured with the newest technology and media without giving hard thought to the risks or tradeoffs, experts say.

"This ... has really dulled our sense of what privacy is, why it's important," Parenti said. "The fact of the matter is that millions of people are actively participating in keeping dossiers on themselves."

It can, at first glance, seem a leap to draw a line between the way we share our private lives on Facebook or our search habits with Google and concerns about government surveillance. But surrendering privacy, whether to business or government, fundamentally shifts the balance of power from the watched to the watchers, experts say.

Americans may have largely accepted the idea of sharing personal information with businesses or in open forums as the necessary tradeoff for the use of new technologies. But they have done so without stopping to consider what those businesses are doing with it or how police or security officials might tap into it.

"We've allowed surveillance of all kinds to be normalized, domesticated, such that we frequently fail to tell the difference between harmful and helpful surveillance," said David Lyon, director of the Surveillance Studies Centre at Queen's University in Kingston, Ontario. "And we assume all too easily that if it's high tech, it's better."

In interviews in recent days, many people described a growing sense of unease about the trade-offs between privacy, technology and the desire for safety.

In Chicago, Joey Leonard, a clerk at the Board of Trade, sat outside at lunch hour checking apps on his smart phone and ruminated about the government's actions. Leonard, a recent college graduate, noted that he was just 11 at the time of the 2001 terrorist attacks. He approved of the heightened security measures to prevent a recurrence. But he said it has also becomes clear that terrorists will act even if the government is watching, raising questions about the tradeoffs.

"Society is changing and technology is changing. I understand there are threats but I do think this is a little too much," Leonard said. "The government is trying to control everything. I feel like I'm being watched 24/7. ... It's like they're trying to get their fingers in every aspect of your life and I don't think it's helping."

In Salt Lake City, Utah, truck driver Elijah Stefoglo hadn't heard about the NSA's program, but said everyday interactions with technology give him plenty to consider. Stefoglo, who lives in Minneapolis, pointed out that most newer rigs come equipped with GPS tracking and even camera systems, technology he worries could be abused. At the same time, he noted, many states are fitting driver's licenses with computer chips to track and store data, posing yet another threat to privacy.

Expectations of privacy have slowly evolved, and younger people are growing up with a different standard, he said.

"They're trying to put it in their heads that it's normal. You have to do this. This is for your security. If you do this, you're going to be safer," he said. "In what way? Criminals are still going to do whatever they want."

Salt Lake City resident Deborah Harrison, who is 57 and manages clinical trials at the University of Utah, recalled the uncertain days after 9-11 and said, while she was shocked by the government's efforts, she understood them. What concerns her more, she said, is whether private companies are monitoring her behaviour.

"They can track all your preferences and who knows who sells what to whom. That disturbs me actually more, than I guess the purpose of using it for national security," she said.

And in Sacramento, Calif., Amos Gbeintor, an information analyst originally from Liberia, spoke of his frustrations with an increasing web of surveillance. He recalled a recent trip to New York City, where security cameras hovered over numerous street corners. Employers put video cameras in the workplace without telling employees. It's difficult anymore, he said, to find a private moment in life. The reports of NSA surveillance leave him disappointed in the Obama administration and, so far, in Americans' willingness to surrender their right to privacy.

"The younger generations are so used to putting everything about themselves out there that maybe they don't realize they're selling themselves out. I don't know whether they are desensitized to a loss of privacy, but they sure are reluctant about reacting," he said. But, maybe, this will wake people up, he said.

The revelations about the NSA's surveillance could indeed be a turning point in driving debate, Lyon said. But technology is so pervasive and those doing the surveillance so reluctant to share what they do, that the questions will take time to answer.

Richards, the Washington University professor, was reminded of a phone conversation a few years ago to a cousin in Britain who asked for his views on U.S. politics. Just as he was about to reply, Richards said, he took stock of the situation. A phone call across borders. A foreigner on one end of the line. Criticism of elected leaders. It seemed just the kind of conversation that might be picked up by a government computer. But there was no way to know -- and so Richards said he decided he had no choice but to keep his mouth shut.

"But it's hard to reject surveillance if you don't know it's there."