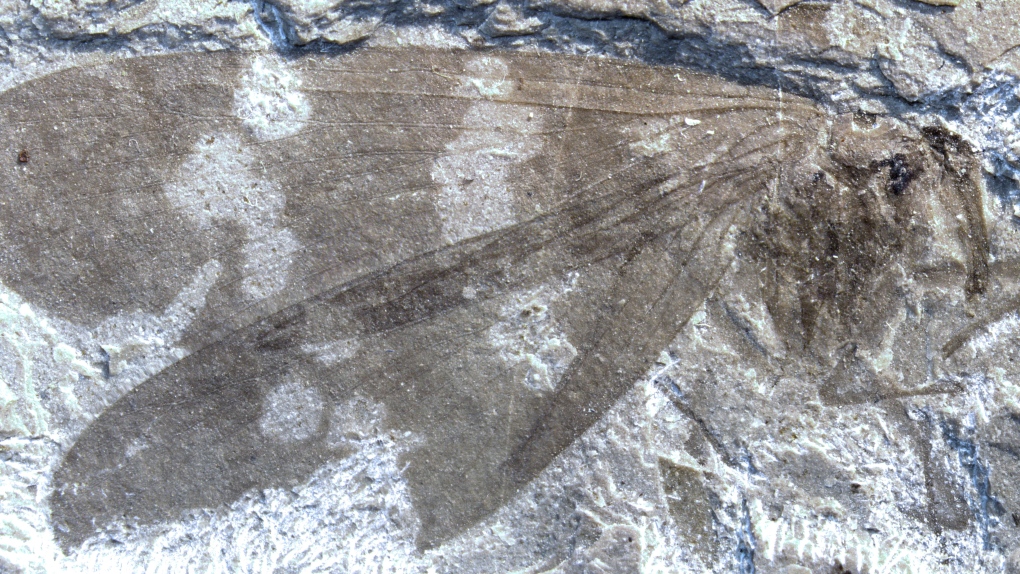 A fossil of an ancient scorpionfly is shown in this undated handout photo. (SFU Public Affairs and Media Relations)

VANCOUVER -- Ancient fossils of an extinct family of insects have been found in British Columbia and northern Washington state, and a biologist says they hold valuable lessons about climate change and evolution.

He said the insects, named eorpidae after the age of history in which they lived, fed on the remains of other insects about 50 millions years ago but may have gone extinct because of competition from other species or climate change back then.

"By looking at fossil insects and their diversity and their biogeography and all, we can try and understand broader principles about how communities work in relation to climate," he said.

"When we look out at forests today and see, for example, the mountain pine-beetle devastation, we can see that with a little bit of climate change we get all this tremendous impact, which is gong to have a strong effect on us economically and socially."

The pine beetle has destroyed more than 18 million hectares of lodgepole pine in B.C. and turned vast swaths of once-green forests to an orange-red and then to black.

Scientists have argued the beetle was once frozen out of forests, but then spread because of climate change.

Archibald, along with David Greenwood of Brandon University in Manitoba and Rolf Mathewes also of SFU co-authored a research paper of their findings, published recently in the Journal of Paleontology.

He said scorpionfly families lived about 50 million years ago when the global climate was much warmer. But when climates outside of the tropics cooled, seasonal temperatures widened, forming patterns of freezing winters and hot summers.

As a result, scorpionfly families had to migrate to the hot tropics, evolve a tolerance for colder winters or go extinct, he said, noting there are now only two families of scorpionflies left, even though there were once six.

Researchers also believe the insects could have faced increasing competition for food from ants, which had begun to diversify, Archibald said.

Ants can recruit their nest mates and cover a large territory with their scouts and clean out an area very quickly, he said, adding such a development would have made it hard for a diversity of scorpionflies to exist.

"We suspect that this competition for scavenging for food sources from ants may have hit this scavenging group (scorpionflies) very hard."