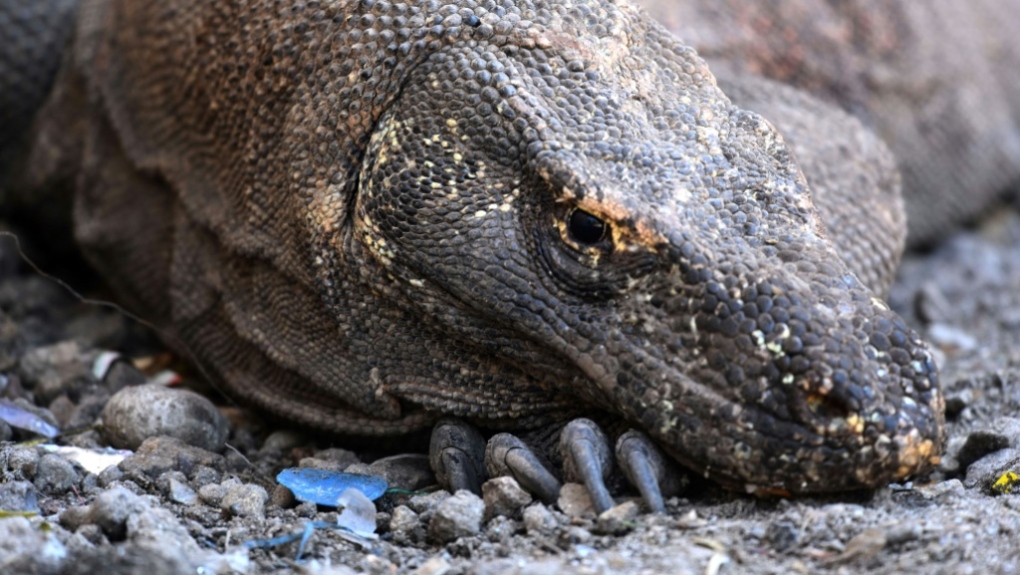 Nearly 3,000 of the world's biggest lizard species live on a cluster of islands east of Bali, where they grow to around three metres in length. (AFP)

JAKARTA, INDONESIA -- Indonesian conservationists have slammed plans to turn the home of endangered Komodo dragons into a Jurassic Park-style attraction, after a viral photo showing one of the giant reptiles sparked an online backlash over the development.

Nearly 3,000 of the world's biggest lizard species live on a cluster of islands east of Bali, where they grow to around three metres (10 feet) in length and weigh up to 90 kilograms (200 pounds).

Authorities last month unveiled a proposal to build a tourist development on one of the islands, dubbed "Jurassic Park" after architects published a promotional video of the project set to music from the film franchise.

But environmentalists warned then that it would threaten the already at-risk species.

This week a picture of a Komodo dragon in the path of a truck carrying construction supplies renewed debate over the project, after it was shared widely online.

"People come here to see komodos in their natural habitat... these people are selling a concept where (visitors) can walk around indoors to see komodo dragons, which to me is no different than a zoo," he added.

Rima Melani Bilaut of the Indonesian Forum for the Environment, added that the development would further threaten the dragons by reducing the size of their habitat.

The government said the truck in the now-viral photo wasn't linked to the controversial development, which has been put on ice until mid-2021 because of the coronavirus pandemic.

"If we control it well and minimise contact with wildlife, the current tourism development will not endanger the komodo population," said an environment ministry official in a statement this week.

Conservationists have long feared that mass tourism, trafficking and a lack of natural prey threaten the survival of Komodo dragons.

Last year, Indonesia scrapped plans to ban tourists from the conservation area and said it would instead limit visitor numbers and raise entry prices to create a "premium destination".