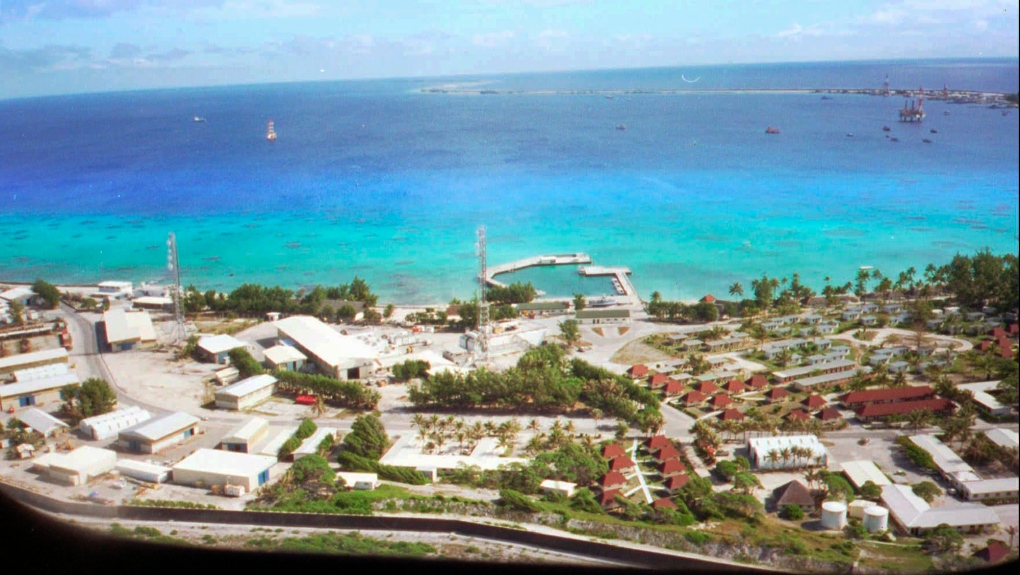 Indigenous Americans and Polynesians crossed thousands of miles of open ocean and made contact with each other as early as 1200 A.D., centuries before the arrival of Europeans, a new study has found.

Archeologists have long believed the two regions made early contact, pointing to the early, widespread cultivation of a South American plant in Polynesia, a collection of more than 1,000 islands scattered over the Pacific Ocean.

The results of a genomic study now confirmed they did.

According to a paper published Wednesday in the journal Nature, researchers found "conclusive evidence" for the early encounter between the two groups, after analyzing the DNA of more than 800 individuals from 17 Polynesian islands and 15 indigenous American groups on the Pacific coast.

The researchers were looking for signs that prehistoric Polynesians and Indigenous Americans had children together, which would leave a clear genetic signature in their offspring -- called an admixture.

What they found was that people from several eastern Polynesian islands, including Rapa Nui -- also known as Easter Island -- have genetic traces in their DNA linked to indigenous South Americans. The genetic signatures showed a strong connection to the Zenu, an Indigenous group from Colombia.

Researchers then traced the timing of their encounter by analyzing the length of the Indigenous American genomic segments, and decided the initial admixture took place in the eastern islands of Polynesia around 1150-1230 A.D.

But in Rapa Nui, that admixture was dated much later to around 1380 A.D., despite the island being the closest to South America.

"Our analyses suggest strongly that a single contact event occurred in eastern Polynesia, before the settlement of Rapa Nui, between Polynesian individuals and a Native American group most closely related to the indigenous inhabitants of present-day Colombia," the study said.

HOW DID THEY GET THERE?

But what the study couldn't confirm is how exactly that encounter unfolded: Did the Polynesians voyage to South America and mix with the local people there, or did South Americans drift thousands of miles to the Pacific?

The Polynesians are known as masters of oceanic exploration for their long voyages across the Pacific Ocean. Traveling in double-hulled canoes and guided by the stars, they have sailed as far as the Hawaiian Islands and Easter Island in the east, and New Zealand in the south, for settlement.

But some have also argued that Indigenous Americans were also able to make the journey to Polynesia, with favorable weather conditions and currents. In 1947, Norwegian explorer Thor Heyerdahl famously sailed on a simple wooden raft from the coast of Peru to Polynesia, in order to prove his theory that people from South America could have colonized Polynesia.

The study is the latest evidence of prehistoric contact between Indigenous Americans and Polynesians. Previously, scientists have found clues to their early convergence in the sweet potato, a plant that originated in South America but was grown and eaten thousands of miles away all over Polynesia, centuries before Europeans arrived in the Pacific.

Research published in 2013 suggested that the sweet potato was first introduced to Polynesia between 1000 and 1100 A.D., most likely by Polynesian voyagers who reached the western coast of South America and brought back the crop, before spreading it to other Pacific islands.