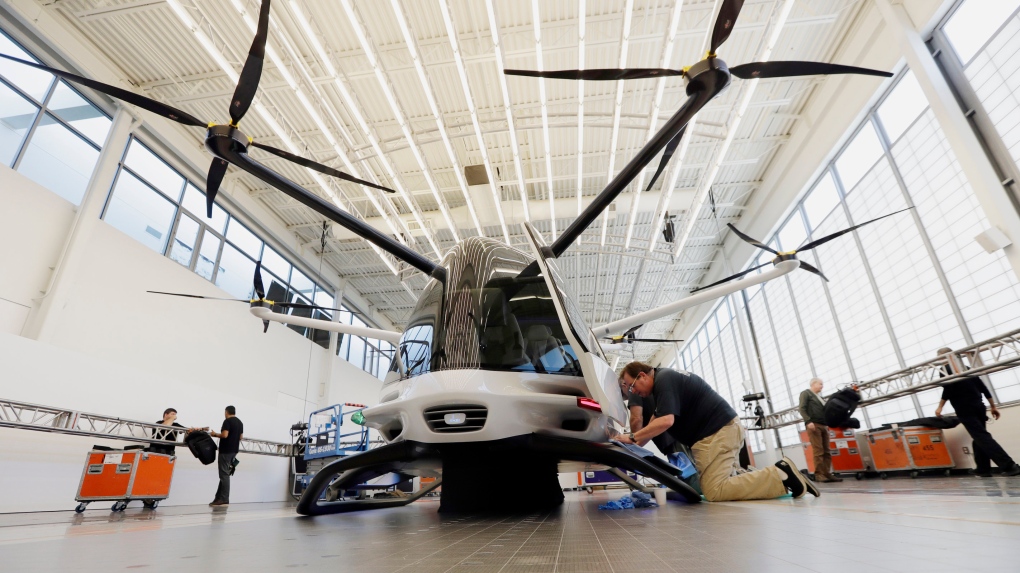 In this Tuesday, May 28, 2019, photo, workers prepare the Skai vehicle, developed by Alaka'i Technologies, for a special unveiling in Newbury Park, Calif. (AP Photo/Marcio Jose Sanchez)

LOS ANGELES - A transportation company is betting its hydrogen-powered electric flying vehicles will someday serve as taxis, cargo carriers and ambulances of the sky.

But experts say they will have to clear several regulatory hurdles before being approved for takeoff.

With six rotors on the roof and seats inside for five people, a passenger model of the Skai (sky) unveiled Wednesday near Los Angeles resembles an oversized drone crossed with a luxury SUV.

It's one of many similar electric flying crafts in production. Most are powered by batteries, which can add weight. The company says Skai instead uses very light hydrogen fuel cells.

Industry watchers say regulators are still grappling with the proliferation of smaller drones. It could be years before drone-like vehicles are allowed to ferry passengers over cities.