Hundreds of whales are stranded on a sandbank in Australia 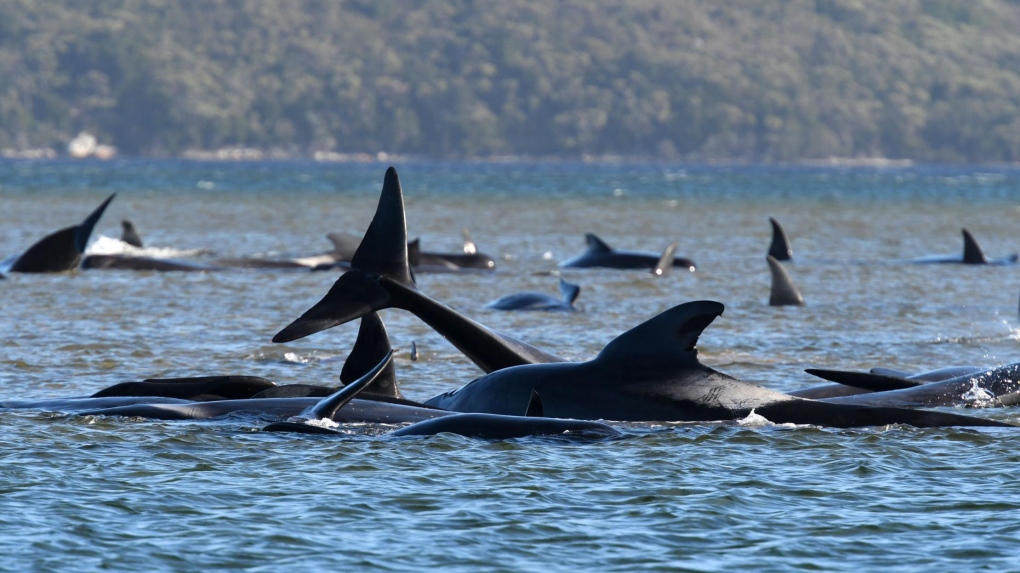 The whales got stuck on a sandbank in Tasmania, southern Australia. (Brodie Weeding/Pool/EPA-EFE/Shutterstock/CNN)

Hundreds of pilot whales are stranded on a sandbar in Tasmania, an island off the southern coast of Australia.

A rescue mission is underway but it is not clear how many of the whales might already be dead, local wildlife authorities said Monday.

"The main pod that's stranded is on a sand bar that's about 100 meters off the Macquarie Heads boat ramp and there's a further pod on another sandbar several hundred metres further out from there," Deka told ABC.

Staff from the Tasmanian Marine Conservation Program will form part of the rescue operation, according to a post on the service's Facebook page.

"We understand members of the public are keen to help but ask people to stay away from the area unless asked to attend," the post reads.

Tasmania Police said on Facebook that it will also help out.

"Local police are assisting with on-water logistics and liaison with fish farms and local industry as part of the broader response," the police service said in a post warning members of the public not to approach the beach in boats.

And in November 2018 as many as 145 whales died after being found stranded on a remote beach in New Zealand. Two pods of pilot whales were discovered just over a mile apart on Mason Bay, Stewart Island, a sparsely populated island in the country's south.