Humans have 'slapped nature in the face,' pope says 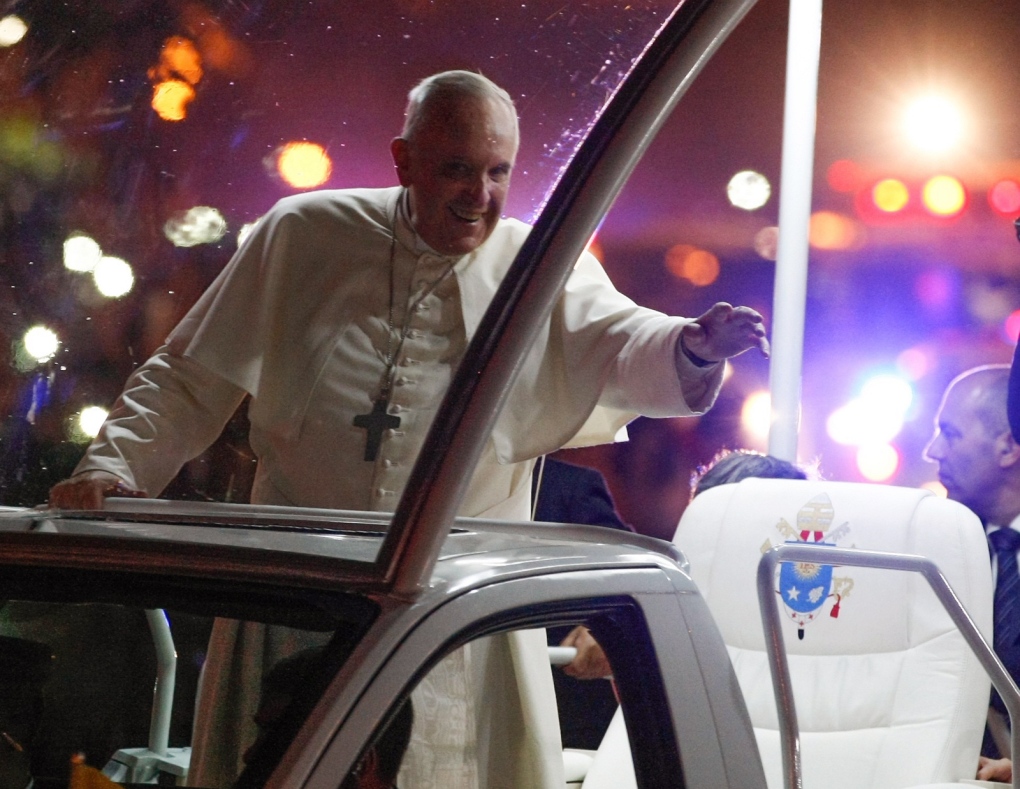 Pope Francis waves to Filipinos during his motorcade to the Apostolic Nunciature in Manila Thursday, Jan. 15, 2015 after his arrival in the Philippines. (AP Photo/Alecs Ongcal)

Pope Francis said Thursday he is convinced that global warming is "mostly" man-made and that he hopes his upcoming encyclical on the environment will encourage negotiators at a climate change meeting in Paris to make "courageous" decisions to protect God's creation.

Francis has spoken out frequently about the "culture of waste" that has imperiled the environment and he elaborated en route to the Philippines. While there, Francis will meet with survivors of the 2013 Typhoon Haiyan, which the government has said was an example of the extreme weather conditions that global warming has wrought.

"I don't know if it (human activity) is the only cause, but mostly, in great part, it is man who has slapped nature in the face," he said. "We have in a sense taken over nature."

"I think we have exploited nature too much," Francis said, citing deforestation and monoculture. "Thanks be to God that today there are voices, so many people who are speaking out about it."

Francis, who pledged on the day of his installation as pope to make the environment a priority, said he expected his encyclical on ecology to be released by June or July. He said he wanted it out in plenty of time to be read and absorbed before the next round of climate change negotiations opens in Paris in November after the last round in Lima, Peru, failed to reach an agreement.

"The meetings in Peru were nothing much, I was disappointed," he said. "There was a lack of courage. They stopped at a certain point. We hope that in Paris the representatives will be more courageous going forward."

The ultimate goal of U.N. climate negotiations is to stabilize greenhouse gases at a level that keeps global warming below 2 degrees C (3.6 F), compared with pre-industrial times. Negotiations culminating in the Nov. 30-Dec. 11 meeting will rise or fall on two key points: How to divide responsibility for global warming and how to pay to fight it. The developed world used fossil fuels to build roads, cities and houses, and emerging economies want to have the same chances to grow as quickly as possible. Island nations and low-lying countries, meanwhile, fear rising sea levels will swamp them and need funds to adjust.

Environmentalists are hopeful that Francis' encyclical will jump-start the talks, and note that the pope is due to speak at the United Nations in New York in September where he may use the global stage to make some points before negotiations get under way.

"Drawing attention to the impact a changing climate is having on poor communities in the Philippines couldn't be better timed, given the crucial decisions world leaders must take this year to tackle the issue," Neil Thorns, director of advocacy at CAFOD, the aid agency of the Catholic Church in England and Wales, said in a statement. "Vulnerable communities like those in the Philippines -- and indeed all of us -- need political leaders to rise to that challenge and go further than they did in Lima."

In an editorial just before New Year's, Investor's Business Daily said the pope's climate change focus was "even more disturbing" than his "recent leftist statements," and that the Vatican "apparently now has been infiltrated by followers of a radical green movement."