Images of a giant barrel jellyfish roughly the size of an adult human are making the rounds online after a group of divers documented the incredible sight.

Underwater cinematographer Dan Abbott captured the mesmerizing encounter that took place in Falmouth off the coast of Cornwall near southwest England.

Abbott was accompanied by biologist and wildlife presenter Lizzie Daly, who first spotted the massive creature. 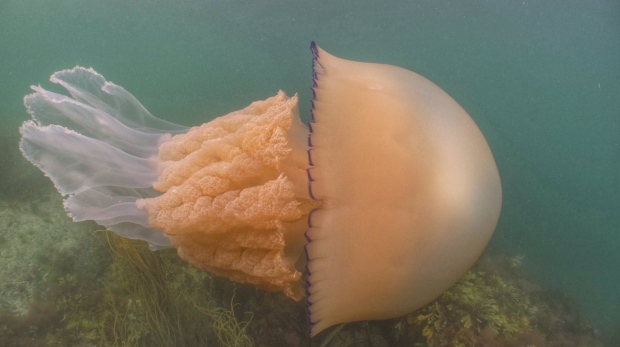 Daly was diving as part of her coverage of Wild Ocean Week, an online series she started to inspire others about marine life and to help raise money for the U.K.’s Marine Conservation Society.

Typically, a barrel jellyfish measures about a metre in length with their tentacles.

It is believed to be the largest jellyfish to swim in British coastal waters.

Daly, who was photographed swimming next to the translucent animal, estimates this jellyfish to be about 1.5 metres long. 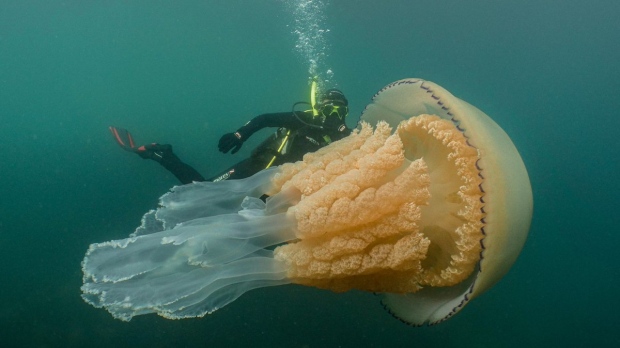 The barrel jellyfish is said to have a mild sting and poses no real threat to humans.

The creature is usually preyed upon by leatherback turtles and can also be found in the Adriatic, Black and Mediterranean Seas.