How to watch the 'Beaver Moon Eclipse' this Monday 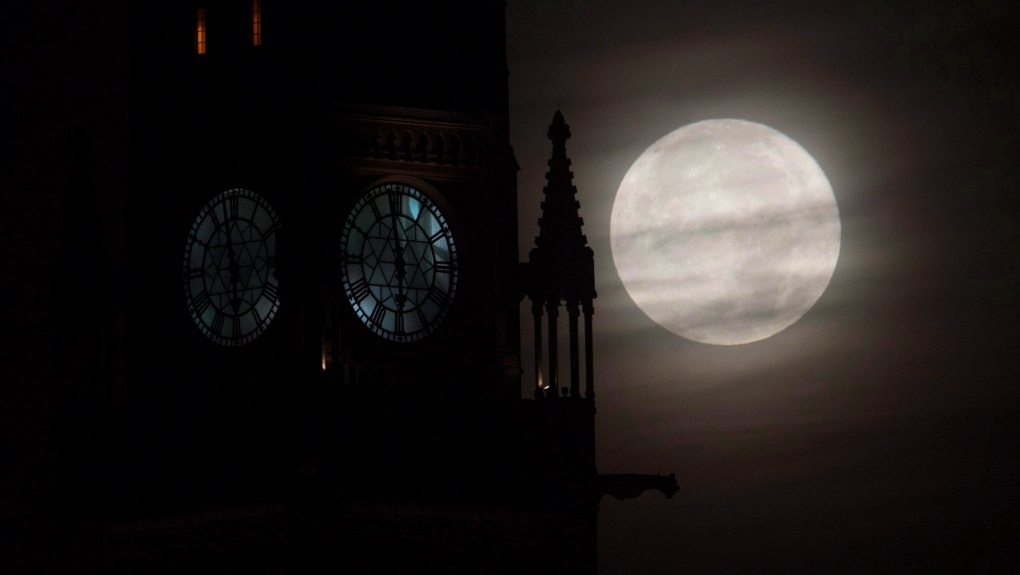 The moon is seen setting behind the Parliament buildings Monday November 14, 2016 in Ottawa. THE CANADIAN PRESS/Adrian Wyld

TORONTO -- Although the temperatures are falling, Canadians willing to brave the cold this weekend and head outside will be rewarded with a celestial treat when the Beaver Moon passes through part of the Earth’s shadow.

This partial penumbral eclipse, as it’s called, will begin on Sunday when the Beaver Moon starts to rise before becoming full in the early hours of Monday morning.

According to NASA, the partial penumbral lunar eclipse will occur at 4:42 a.m. ET when the full Beaver Moon passes through the partial shadow (the penumbra) of the Earth. This means that spectators will have to be prepared to wake up extra early on Monday if they’re hoping to catch a glimpse of the lunar event.

If the skies are clear, stargazers should attempt to watch the eclipse away from any city light pollution and at a higher elevation, if possible.

They will also likely want to bring a telescope or some binoculars, at the very least, because NASA warns the slight dimming of the moon during the eclipse may be difficult to notice “without instrumentation.”

For those who aren’t early risers, the Beaver Moon will still be nearly full the night before on Sunday and should make for a nice sight.

As for why the full moon in November is called a Beaver Moon, NASA explained that one interpretation for the origin of the name is that it rises in mid-fall when beaver traps were traditionally set.

According to The Old Farmer’s Almanac, Indigenous and colonial Americans used the moons to track the seasons and November was the time of year when beavers begin to take shelter in their lodges ahead of the winter. Hunters would set traps for them for their thick, warm pelts.

NASA said another interpretation suggests the name Beaver Moon simply came from how active the animals were during this period as they prepared for winter.

The space agency said other names for the moon, which were likely used by the more northern tribes, include the Frost or Frosty Moon and the Snow Moon.

The Beaver Moon Eclipse will be the fourth and final such eclipse of 2020. The next lunar eclipse will be a total one, which means the Earth will come between the Sun and the Moon and block any direct sunlight from reaching the Moon. It’s set to occur on May 26, 2021.