How to see the upcoming full 'Wolf Moon' 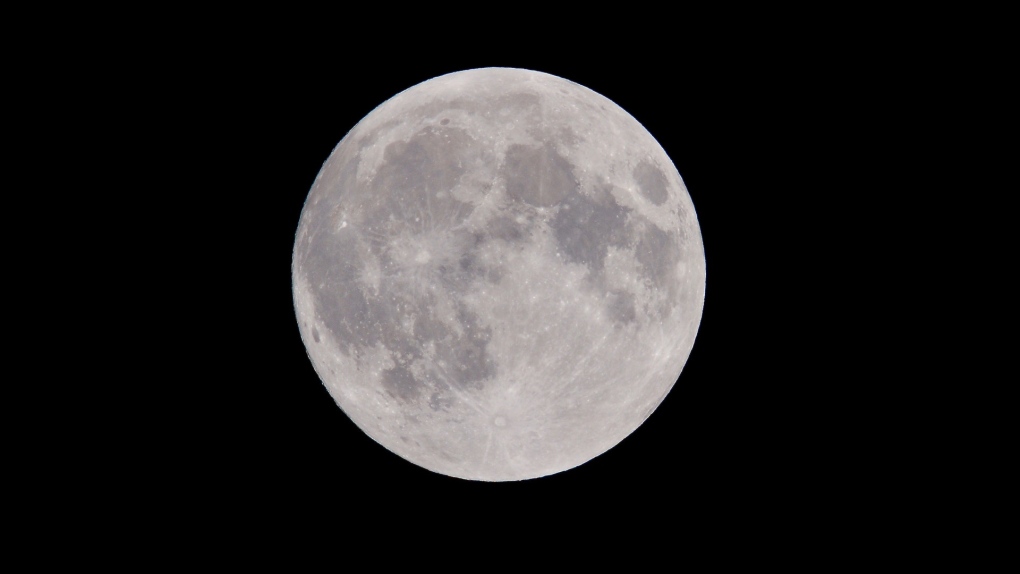 A full moon is seen in this file photo. (Peter de Vink/Pexels)

TORONTO -- Sky watchers can expect to catch a glimpse of 2021's first full moon, known as the "Wolf Moon," as it lights up the nighttime from dusk till dawn beginning Thursday.

According to NASA, the "Wolf Moon" will be at its fullest on Jan. 28, appearing opposite the sun at 2:16 p.m. EST. However, astronomers say the moon will only be visible to the naked eye after the sun sets around 5:30 p.m. EST, and will remain full into the early hours of Friday morning.

To see the "Wolf Moon," York University astronomy professor Paul Delaney says skywatchers need only look to the eastern horizon. He added that, even if skies aren't completely clear, the brightness of the moon will still shine through.

"It will be up all night so literally impossible to miss if you're watching the eastern horizon," Delaney said in a telephone interview with CTVNews.ca on Tuesday.

"Of course [the moon] will appear bigger on the horizon -- that's what we call the moon illusion -- as it sort of wanders past trees and houses, but it will climb into the sky, and will be up all night and of course be very, very bright," he said.

If you're an earlier riser, Delaney suggests Canadians look to the western sky during the early hours to catch a glimpse of the moon before sunrise. He also recommends anyone hoping for a photo of the event to turn off their camera flash.

Delaney said the brightness of the "Wolf Moon" will make it easily visible with the naked eye, but says binoculars will reveal more.

"No optical aid is needed to see the moon. Binoculars or a telescope, they improve what you see in terms of detail so you'll actually be able to begin to see some of the craters more clearly," he explained.

While the "Wolf Moon" may seem extra bright, Delaney said there is "no danger to looking at a full moon." He says the worst that may happen is a bit of "sky brightness blindness."

"Because you've been looking at such a bright object, your pupil has dilated down. When you're no longer looking at that bright object, everything around you looks dark. That's just your eye responding to the brightness, it's not dangerous at all," Delaney said.

Delaney says the "Wolf Moon" is the most common name for January's full moon, but it also has plenty of other names given to it by various cultures including "Spirit Moon," "Goose Moon" and "Ice Moon," among others.

"Every month has a full moon… and there are names that have been attached to each of those full moons in each of those months. Literally every Indigenous culture on the planet has got a name for the full moon," Delaney said.

According to the Old Farmer's Almanac, several tribes named the January full moon as the "Wolf Moon" after hearing wolf howls more often during this winter period than in other seasons, likely due to a lack of food sources.

"'Wolf Moon' is something of a historical name and, as the name suggests, is associated with wolves that are of course nocturnal animals, so they're out a lot including in the wintertime," Delaney said.

According to NASA, a full moon happens roughly every 29.5 days, which is the length of one lunar cycle. The next full moon, dubbed the "Snow Moon," will be seen on Feb. 27.