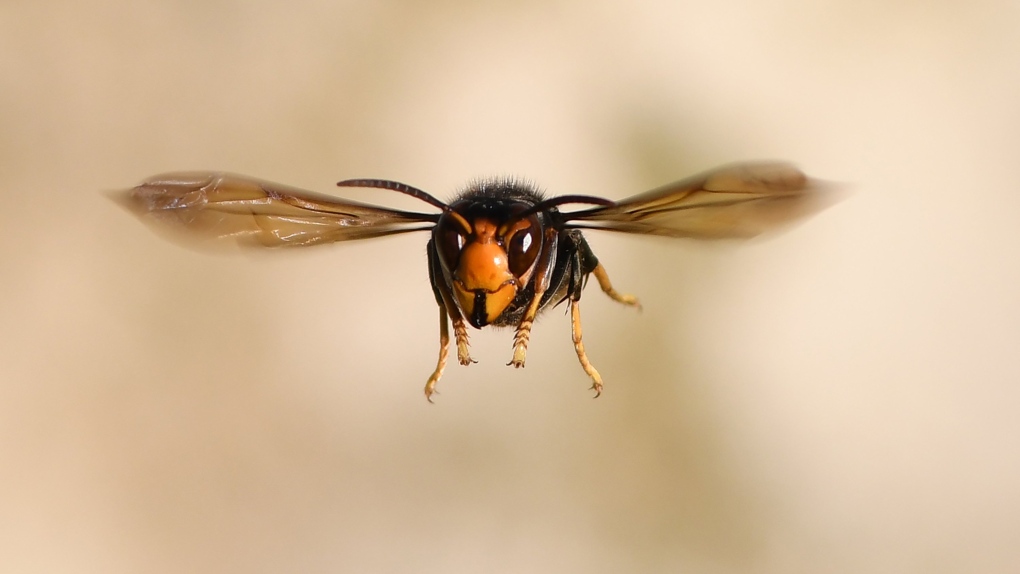 The Asian giant hornet, a two-inch menace that feasts on honeybees, has invaded Washington state. It might have migrated from Canada, where a colony was discovered nesting in the ground. (Jean-Francois Monier/AFP/Getty/CNN)

There's at least one Asian giant hornet, the largest pest of its kind, buzzing around Washington state, and it's scaring locals silly.

But it's not here to prick people -- it's much hungrier for honeybees.

A resident found the nearly two-inch hornet in Blaine, a city that sits on the U.S.-Canada border, the Washington State Department of Agriculture reported.

The department took that specimen, which had died, though the resident reported seeing a live hornet buzzing near a bird feeder before escaping into a nearby forest.

It's unusual to see the Asian giant hornet in Washington for a few reasons. It's never been seen in the state before, for one -- it's native to east Asia. And it's typically dormant during the winter, opting to buzz about between July and October.

In winter, colonies typically nest in the ground and avoid humans and pets -- though, when disturbed, they can inflict a "nasty sting," the department said.

It seems the pests can travel far -- they've been spotted around the U.K. as recently as October.

It's a honeybee foe, but the bees fight back

The fearsome pests are five times the size of a honeybee, and they can kill up to 40 bees a minute, per Purdue University's pest tracker. The honeybees are especially easy targets when clustered in their hives.

But they're not totally helpless -- entomologist Stephen Martin told Wired in 2016 that worker bees form a buzzing ball when the hornet intrudes their hive, vibrating and squeezing the hornet until it can't pump blood throughout its body anymore.

Humans are much more formidable foes to hornets than bees are, so even if a stick from a hornet stings, the appearance of an Asian giant hornet in Washington isn't as scary as it seems (though allergic reactions to their sting have killed people before), McGann said.

"While this is an intimidatingly large insect -- an invasive species we want to keep out of our state -- it is not cause for panic," he said.