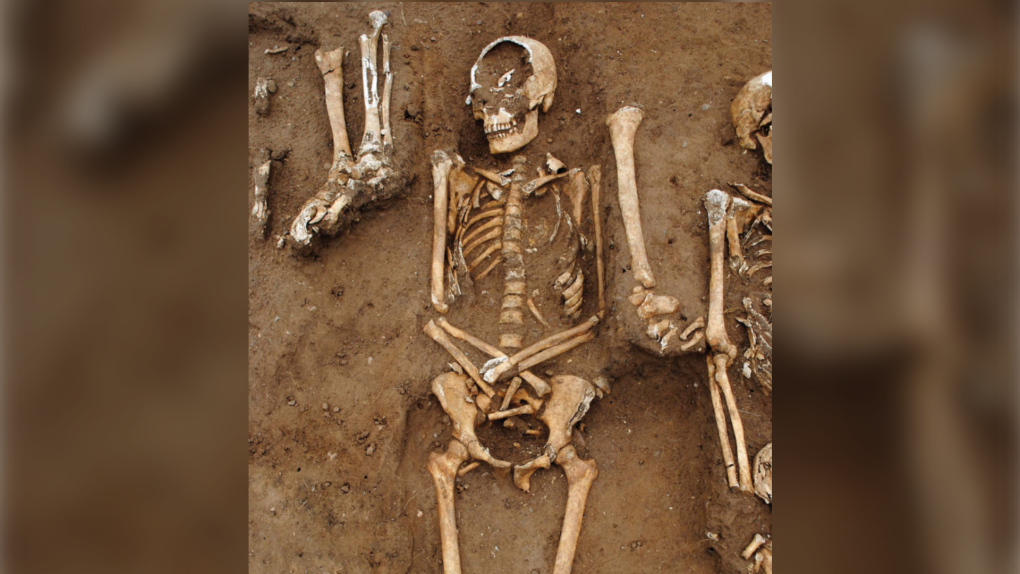 The Black Death was one of the most devastating pandemics in human history, killing an estimated 75 to 200 million people across Eurasia.

TORONTO -- Archeologists believe they’ve uncovered the bodies of at least 48 Black Death victims in a mass grave dug as a “last resort.”

The paper, published in the journal Antiquity, lays out the theory of how a medieval monastery – approximately 300 kilometres north of London, England -- had a hospital that was overwhelmed by the pandemic plague.

The Black Death was one of the most devastating pandemics in human history, killing an estimated 75 to 200 million people across Eurasia.

In the paper’s title, the team described the site at the Thornton Abbey in Lincolnshire county as a “a fourteenth-century rural catastrophe.”

More than half of the dead people buried there were between the ages of one and 17 years old. It’s also possible that infants younger than 12 months old were buried there too, but their remains weren’t preserved.

The Black Death, which peaked in Europe between 1347 to 1351, is believed to have been caused by the bacterium Yersinia pestis. Between one-third and half of the population of England died in less than two years. 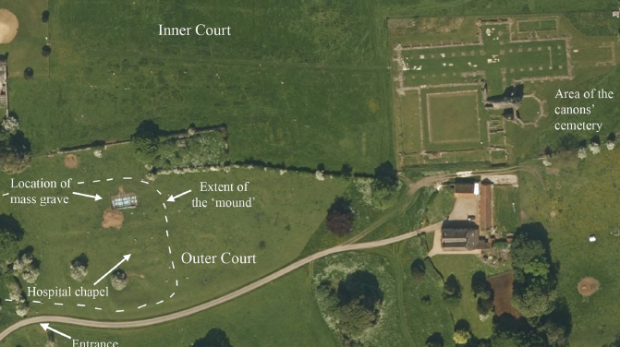 Aerial view of the mass grave sit within the monastic precinct. (University of Sheffield)

Archeologists say the Black Death grave site, which is the first found in Britain outside of an urban area, offers “unique evidence” of the impact of the disease on a small, rural community.

The mass grave -- excavated during 2013 and 2014 -- was likely linked to the Black Death based on radiocarbon dating, the bacterium found in the bones of the grave and evidence the plague arrived in this area during the spring and early summer of 1349, researchers said.

Considering past research, the authors explained mass graves were rare in Britain at that time, and that burials were sacred, as people valued “a good death” above all else.

“A mass grave therefore represents a catastrophic failure of the established system of dealing with the dead, presumably due to the overwhelming numbers needing to be interred and the scarcity of the living to perform these tasks,” they said.

So the medieval monastery’s hospital acted as local residents’ “last and only functioning institution” where their loved ones could be laid to rest.

Researchers noted the “unusual communal nature of the burial” was not lost on families and monastery members. 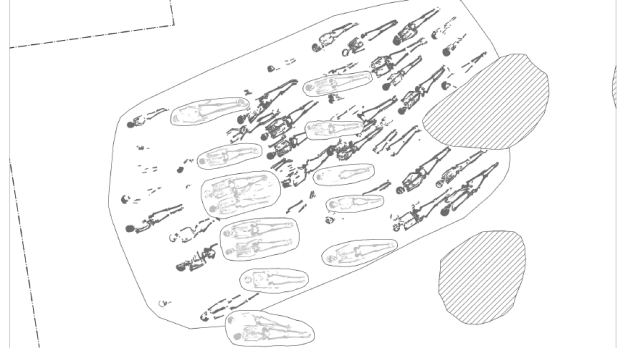 How the bodies were placed in the mass grave and later burials cutting into it. (University of Sheffield)

Yet, despite the difficult circumstances likey facing monastery members, “great care was taken with the deceased, who were, in most cases, shrouded and laid neatly in the mass grave.” Based on the clustering of the bodies, children appeared to have been placed near their parents.

Unlike mass graves in urban areas -- which contained the bodies of locals alongside people from surrounding areas and abroad -- the rural mass grave was most likely made up of locals.

The authors also noted a secular burial like this would “not ordinarily be expected” on monastery grounds.

So archeologists are intrigued at further examining the mass grave’s “apparently secular rather than religious population” and the fact that it was clearly separate from the church’s normal burial grounds.

Besides mass graves being uncovered near medieval hospitals in Europe, other mass graves unconnected to hospitals have also been found in Barcelona, Spain, in Ellwangen and Manching-Pichl, Germany, and in Bondy, France.