Here are all the battlefronts on which TikTok is currently fighting 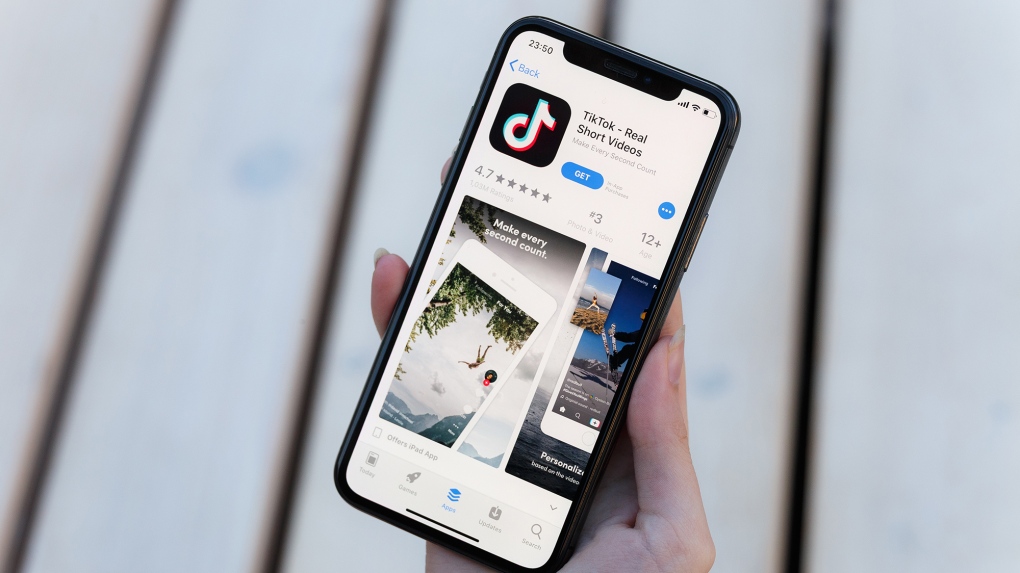 The short-form video app TikTok has quickly become a key part of popular culture in the US, serving as a platform for viral memes as well as political satire and activism. Facebook, the dominant force in social media, has tried to copy the app, but so far that has not slowed down its rapid rise. (CNN/Shutterstock)

In just three years since its launch outside of China, TikTok's popularity has skyrocketed.

The video-sharing social media platform is the No. 1 app on the Google Play Store and number two on Apple App Store, and has been downloaded more than 165 million times by US consumers. The app is now a source for everything from viral dance routines to pranks on the President, and has propped up the plush lifestyles of teen influencers living in Los Angeles "collab houses."

But TikTok's success — and its status as the first Chinese-owned social media platform to garner widespread adoption outside its home market — is looking increasingly tenuous.

US officials say they're considering banning the app over security concerns related to TikTok and its parent company, Beijing-based internet company ByteDance, following a similar decision by India. In the meantime, at least one US corporation is already taking action to restrict use of the app on company phones. The situation has TikTok scrambling to try to prove its reliability.

At the same time, the company joined other big tech firms in pulling out of Hong Kong after China imposed a controversial national security law. And TikTok's competitors have proven eager to pounce on its challenges and try to win over its audience with similar offerings.

"One of the things that troubles me about it is, it's something that is counter to the spirit of the internet," said Mark Lemley, a law professor at Stanford who teaches internet law.

"I think something significant is lost there if the only apps we get are US apps or apps from approved countries. We lose out as consumers on technology that people like ... but in the long run the US also loses out economically, because we have been the great driver of the Internet."

TikTok has already lost access to one of the world's largest digital markets.

India banned TikTok and 58 other Chinese apps last month following a border clash between India and China, citing a "threat to sovereignty and integrity." The app had been downloaded in India more than 660 million times since 2017, and some of its top stars live in the country.

Secretary of State Mike Pompeo told Fox News' Laura Ingraham earlier this month that the White House is "looking at" banning Chinese apps, including TikTok, and said US officials are "taking this very seriously." Pompeo added that people should only download TikTok "if you want your private information in the hands of the Chinese Communist Party."

On Wednesday, Pompeo said, "we hope to have a set of decisions shortly" with regards to the app.

"We're working through a process where all the relevant agencies and the private sector are getting to say their piece," Pompeo said in a live interview with The Hill. "Whether it's TikTok or any of the other Chinese communications platforms, apps, infrastructure, this administration has taken seriously the requirement to protect the American people from having their information end up in the hands of the Chinese Communist Party."

US politicians have repeatedly criticized TikTok, accusing it of being a threat to national security because its parent company is based in China and could be compelled to share data with the Chinese government. TikTok has called the concerns "unfounded" and security experts say it's not clear that the app presents a true national security concern.

Talk of the potential ban also comes amid larger tensions between the United States and China over technology.

It's not just the Trump administration — lawmakers, including Missouri Republican Sen. Josh Hawley, have also introduced legislation that would ban TikTok from US government devices. Both Democratic and Republican national committees have warned their staffs about using the app.

Wells Fargo on Monday banned its employees from using the app on company devices because of security concerns.

"Due to concerns about TikTok's privacy and security controls and practices, and because corporate-owned devices should be used for company business only, we have directed those employees to remove the app from their devices," a statement from a Wells Fargo spokesperson said.

The Wells Fargo decision came after Amazon told employees to delete TikTok from work phones — but Amazon quickly backtracked on the request, saying it had been sent "in error."

For its part, TikTok says it operates separately from ByteDance.

TikTok's head of US public policy Michael Beckerman said in a statement to CNN there is a lot of "misinformation about TikTok right now."

The company says it stores US user data in Virginia, with backup in Singapore, and "we work to minimize access across regions," Beckerman said. TikTok also hired an American CEO earlier this year, Disney veteran Kevin Mayer, a move widely seen at least in part as an effort to win over US lawmakers.

But it appears even those steps may not be enough to alleviate the security concerns that threaten to undermine its growth, so the company is now considering a corporate restructuring aimed further distancing itself from China.

The changes could include establishing a headquarters for the video app outside of China or a new management board to distance the service from the country, according to The Wall Street Journal.

The company is also quickly expanding its presence in Washington DC. Beckerman said the company is creating so-called "Transparency Centers" in the nation's capital and in Los Angeles "so that lawmakers and invited experts can see for themselves how we moderate content and keep our users' data secure."

"We remain fully committed to protecting our users' privacy and security as we build a platform that inspires creativity and brings joy for hundreds of millions of people around the world," a TikTok spokesperson said in a statement to CNN last week.

"Is there a revolt among the teenagers of the world?" Lemley said. "I say that jokingly, but only half jokingly. If a bunch of congressmen go to their teenagers and say they've banned their favorite app, there might be a lot of pushback and that could matter."

Facebook's efforts to overtake TikTok with a copycat app have so far been unsuccessful, but new bans could change that.

Days after India banned TikTok, Facebook-owned Instagram began testing its own app, Reels, in the country. On Friday, Instagram said it's preparing to launch reels in the United States and 50 other countries, just one week after it began testing the platform in India.

Indian companies are also looking to benefit. One homegrown video-sharing app, Roposo, said that before the TikTok ban was announced, it had recorded 50 million downloads since its 2014 launch. After the announcement, the company said it received another 22 million downloads in just two days.

And while TikTok is still fully functional in the United States, some creators on the app are already trying to transition their audiences to other platforms, including Instagram and YouTube, in anticipation of a ban.

YouTube plans to launch a competitor to TikTok, called Shorts, by the end of the year, according to The Information.