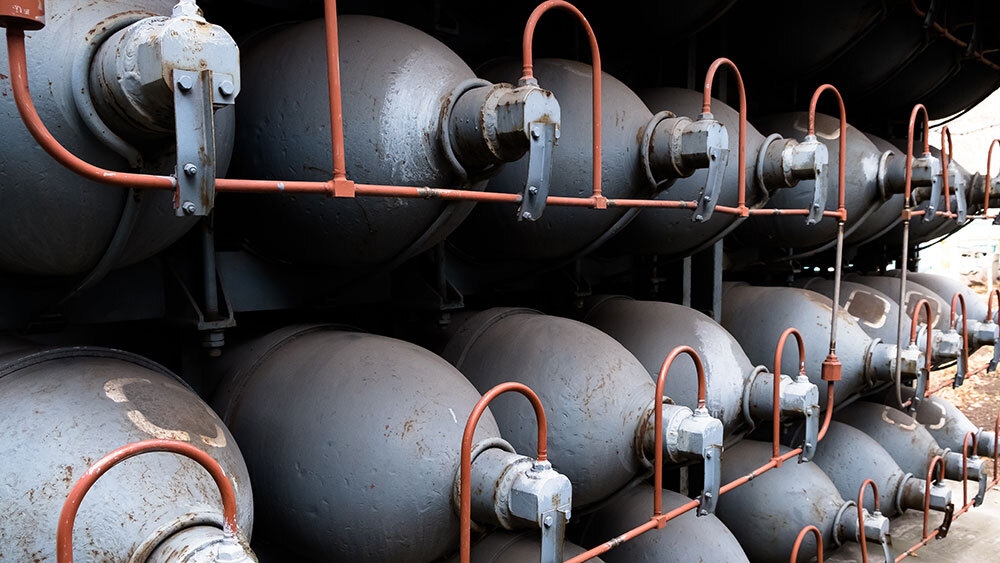 A global helium shortage that began last year continues today and could continue well into next year and disrupt various helium-reliant industries in different ways, from predicting the weather to making semiconductors and detecting gas leaks in ships.

Since 2006, this would be the fourth time the world is short on helium.

According to the gas industry, the world is currently experiencing “Helium Shortage 4.0” which can be blamed on declining or unreliable production from existing sources, most notably the U.S. Bureau of Land Management, and the delay in new sources such as Russia’s Amur plant entering the market.

Scientists use liquid helium to pressurize and stiffen the structure of rockets before takeoff. Because it is very unreactive and provides an inert protective atmosphere, it is ideal for making fiber optics and semiconductors and is also used for arc welding.

Besides being used in high-speed internet, cable TV, computer hard drives, microscopes, airbags in cars, mobile phones, computers, and tablet chips, helium even acts as a coolant for nuclear reactors.

But the most common use of helium is in hospital magnetic resonance imaging (MRI) scanners. In its liquid form, helium can cool down superconducting magnets, which generate images of the human body, to a temperature below minus 269 degrees Celsius.

Thanks to helium, MRI machines can operate more effectively and efficiently.

Impact of helium shortage on industries

Because helium is a critical element for most industries, a shortage of this finite resource and rising demand could brew up a perfect storm for many industries relying on its use.

To begin with, helium is one of the rarest elements on Earth, it is fairly difficult to mine, and even more difficult to store. Any helium that escapes cannot be recaptured and vents straight into the atmosphere. Besides being difficult to mine, the current helium shortage stems from the limited supply and rising demand across the world.

Very few countries produce this rare element, so even a minor change in the production levels in these countries can significantly impact the global helium supply. An example is the supply chain disruptions that were worsened by the 2017 embargo in Qatar, one of the leading producers of helium. After the Qatar embargo, scientists feared that they would have to halt experiments or shut down laboratories’ instruments. This was because liquid helium has a unique boiling point, which is used to cool superconducting magnets in labs’ spectrometers.

Helium is used in weather balloons which are typically released twice a day, every day of the year from 900 locations worldwide including those from 100 launch sites across the U.S. and Canada.

The data collected from weather balloons help reveal vital atmospheric features. Through weather models, this data helps in understanding the status of the atmosphere so meteorologists can predict the weather in the coming days.

“Due to a nationwide helium supply shortage, we will be unable to regularly launch two weather balloons per day," the U.S. National Weather Service office said in a statement back in February.

Despite the helium shortage having minimal impact on helium weather balloon launches by the Meteorological Service of Canada’s (MSC) Atmospheric Monitoring Division, an emailed statement to CTVNews.ca shows that there are growing concerns on the limited helium supply.

“This shortage remains a significant logistical issue as shipments have been delayed and prices have increased,” Isabelle Maheu, a spokesperson with Environment and Climate Change Canada, said in the email. “Shipments must also be scheduled more frequently due to a lower quantity of helium available per shipment.”

Currently, out of the 30 launching sites in Canada, 13 are using helium with two launches per day and the remaining 17 sites are using hydrogen.

The current helium shortage is also due to a series of unforeseen events since last year, such as the shutdown of helium plants in Texas and the war in Ukraine.

One of the leading contributors of helium supply happened due to a leak in mid-January this year at the Cliffside crude helium enrichment plant in Texas. The leak led to an unplanned shutdown in 2022, followed by a four-month outage of the plant in 2021. On its own, this event would not have impacted the helium supply so much had another processing plant at Amur in Russia been operational after its launch in September 2021.

In early January 2022, Russia’s Amur plant, operated by Gazprom, Russia’s largest company, was hit by an explosion after it caught fire in October, which led to its indefinite shutdown. If operational, the two plants would be producing a heavy supply of helium. Amur gas plant was estimated to produce 60 million cubic meters per year and was expected to meet the market supply across the globe.

But after briefly producing helium for only a few weeks since its launch, the abrupt shutdown quickly reduced that supply level to zero. The war in Ukraine further added more doubts on long-term Russian helium availability.

The current helium supply is also getting slashed, which is also pushing up the prices for this natural gas. Helium demand has been rising consistently since 2009, and the market has increased at CAGR 10.1 per cent since 2010. But whether this has led to the shortage remains unclear.

A recent report estimated that the global helium market could reach US$20.17 billion in 2026, growing at a CAGR of 13 per cent from 2022 to 2026. But gas industry experts argue that rising demand is not the cause of the helium shortage and in fact, helium demand has not experienced net growth over the last 10 years.

Limited helium production could be a growth opportunity in Canada

Currently, 90 per cent of the world’s helium is supplied by major natural gas producers including Qatar, Algeria, Russia and the U.S. Large-scale natural gas production in these countries allow low overall concentrations of helium to be extracted economically.

But the recent decline in U.S. production and increasing demand from electronic manufacturers in Asia, has prompted interest in helium production in other countries, including Canada.

Saskatchewan is one of the few jurisdictions in the world that has the unique ability to be able to support helium production as a standalone sector. This is due to the province’s geology which supports the drilling of dedicated helium wells. In April last year, Saskatchewan officially became home to the largest helium purification facility in Canada.

The U.S. Geological Survey estimated that Canada has helium resources of roughly 70 billion cubic feet, which is the fifth largest in the world.

This has led to investments with the most interest in helium exploration in Alberta and Saskatchewan. Since 2018, the land leased for the exploration of this rare gas has quadrupled in Saskatchewan. The government in the region now aims to enable helium development to produce 10 per cent of the world’s helium by 2030. This will create 500 plus job opportunities and support thousands of jobs in the construction and services industry, currently facing a major labour shortage. According to the government of Saskatchewan, this will also generate more than $500 million worth of exports for the country.