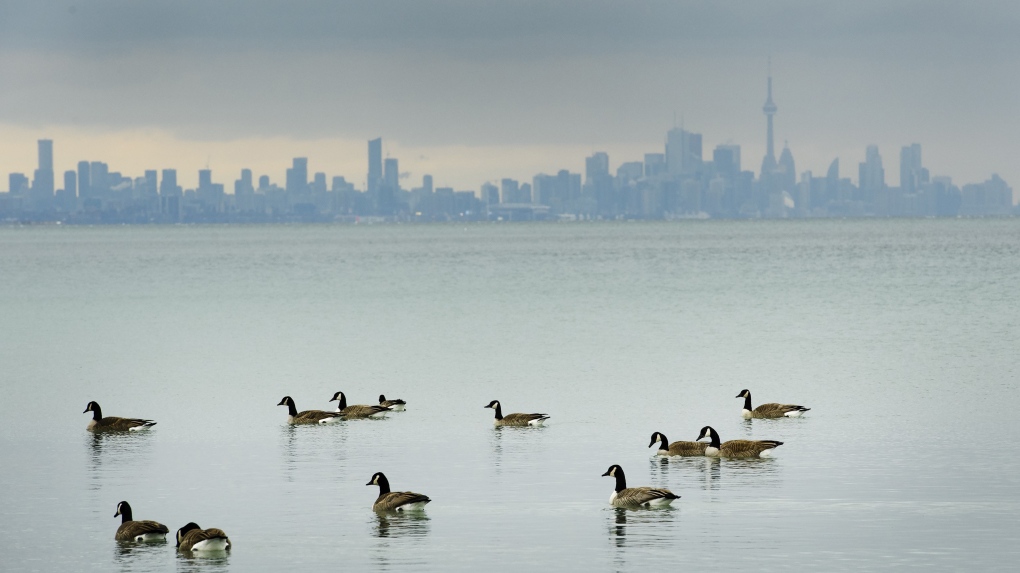 Canadian geese swim in the cold waters of Lake Ontario overlooking the city of Toronto skyline in Mississauga, Ont., on Thursday, January 24, 2019. THE CANADIAN PRESS/Nathan Denette

KENSINGTON, MD. -- The world hit another new record high for heat-trapping carbon dioxide in the atmosphere, despite reduced emissions because of the coronavirus pandemic, scientists announced Thursday.

Measurements of carbon dioxide, the chief human-caused greenhouse gas, averaged 417.1 parts per million at Mauna Loa, Hawaii, for the month of May, when carbon levels in the air peak, the National Oceanic and Atmospheric Administration said. That's 2.4 parts per million higher than a year ago.

Even though emissions of carbon dioxide from the burning of fossil fuels dropped by as much 17% in April, it was a brief decline. Carbon dioxide can stay in the air for centuries, so the short-term reductions of new carbon pollution for a few months didn't have much of a big picture effect, said NOAA senior scientist Pieter Tans.

"It illustrates how difficult it is -- what a huge job it is -- to bring emissions down," Tans said. "We are really committing the Earth to an enormous amount of warming for a very large time."

Records with direct measurements go back to 1958. And carbon dioxide levels are now nearly 100 parts per million higher than then. That's a 31% increase in 62 years.

"The rise in atmospheric carbon dioxide levels is relentless, and this means the costs of climate change to humans and the planet continue to rise relentlessly as well," said University of Michigan environment dean Jonathan Overpeck.

Carbon levels in the air were higher in the distant past before humans, Tans said.

Carbon dioxide levels peak in May because starting in late May, because growing plants suck up more of heat-trapping gas, causing carbon amounts in the air to drop, Tans said.