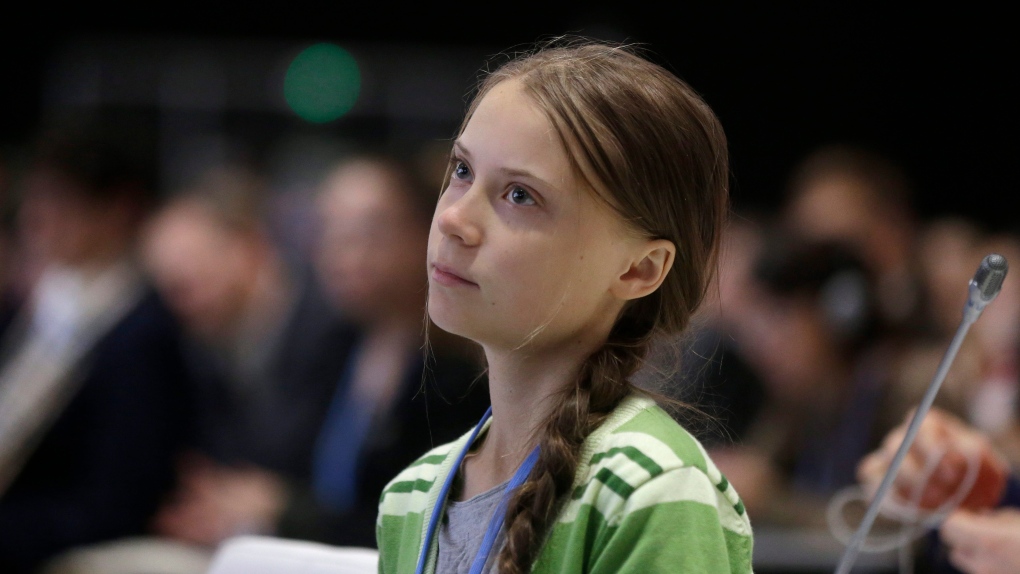 COPENHAGEN -- A Swedish organization that gave Greta Thunberg an award that is often described as an alternative Nobel Prize says the teenage climate activist is using her prize money to establish an eponymous foundation.

The purpose of the non-profit Greta Thunberg Foundation "is to promote ecological and social sustainability, as well as mental health," according to the Right Livelihood Foundation.

Thunberg, 17, was one of four recipients of the 2019 Right Livelihood Award, which was founded in 1980 to "honour and support courageous people solving global problems."

The 1 million kronor ($102,500) that came with the award was transferred to create Thunberg's foundation, the Right Livelihood organization said. Capital is required to set up a foundation in Sweden.

Thunberg said in January that she had established a foundation to transparently handle the money she gets from such things as book royalties, donations and prizes.

The Swedish teenager first drew attention two years ago when she skipped school once a week to protest inaction to curb climate change by her country's lawmakers. Her activism inspired other students in Europe and grew into an international movement called Fridays for Future.

Thunberg's parents have said she experienced severe depression as a pre-teen and that activism has been good for their daughter's mental health. Thunberg also has discussed being diagnosed with Asperger's syndrome.