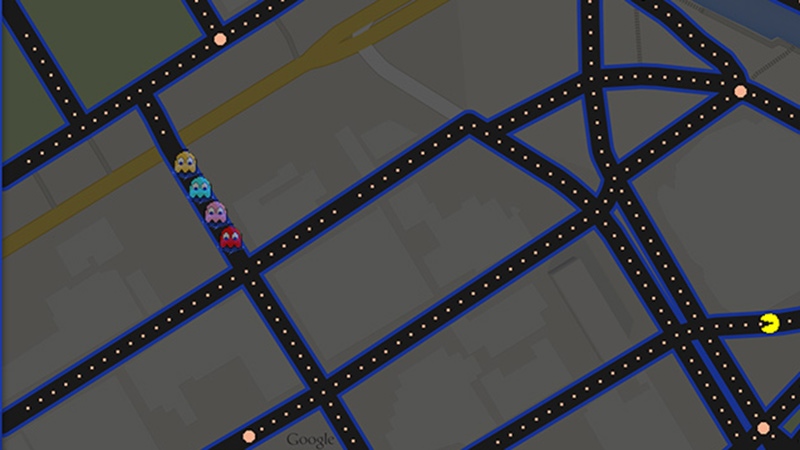 A Google Map of the Parliament Hill area of Ottawa

If you're a developer at Google, April Fool's Day has to be one the best days of the year -- a chance to come up with something silly and creative. This year, that thing is Pac-Maps.

The Internet giant has just introduced a new feature into Google Maps that lets users transform their neighbourhood streets into a giant game of Pac-Man.

To play, simply go to Google Maps on your desktop computer, or open the updated Google Maps app in iOS or Android. Type in any address and the Pac-Man button should show up in the bottom left corner. Click on that, and Google will transform your neighbourhood into the video-game classic, allowing you to run around your own streets, gobbling up dots and cherries while avoiding those colourful ghosts, Pinky, Blinky, Inky and Clyde.

The game works best on neighbourhoods with lots of closely packed streets. A roundabout is handy, too, for evading ghosts.

If the game tells you there are not enough streets in your neighbourhood, you can ask it to pick a random location for you. Google Maps' support page even includes a list of clues about the best locations to play. (Hint: It seems that the streets that converge on Times Square in Manhattan are good bets, as are the spoke-like streets around the Arc de Triomphe in Paris.) 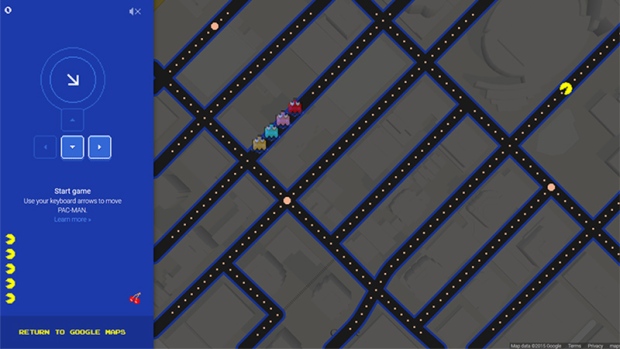