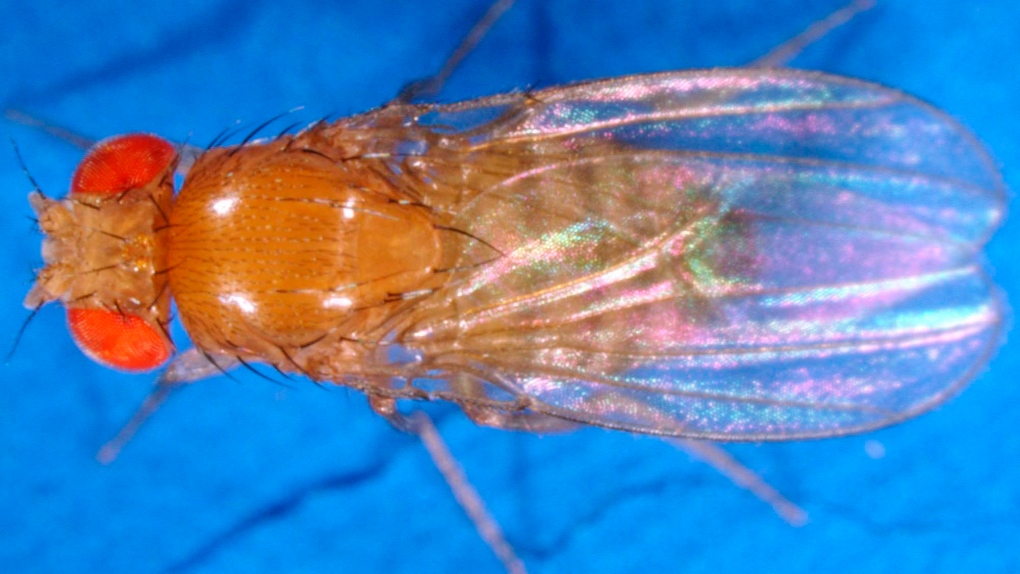 An international study led by a Canadian researcher says fruit flies adjust to a sudden drop in temperature by drastically changing their genes and metabolism so they can keep on buzzing around a fruit bowl.

He says the researchers raised fruit flies from eggs through to their maggot stages at a room temperature of 21 C, and when they were adults, half the flies were transferred to a 6 C space.

The difference between the two groups was measured six days later, and MacMillan says researchers were surprised by the extent to which the flies had adapted to the cold.

He says the flies changed about a third of their 15,000 genes, as well as half their metabolites or chemicals, and that the finding matters because understanding insects' temperature tolerance is a crucial step in protecting and controlling insects worldwide.

He says the study, published in the journal Scientific Reports, could one day help scientists unravel the effects of climate change on insects, which represent more than 75 per cent of all animal species.